Islamic clerics in Edo State have thrown their weight behind the recent execution of condemned criminals in Edo State saying it is in accordance with the laws of God.

Led by the Chief Imam of Benin and Chairman League of Imams in Edo State, Mallam Abdul Fattah Enabulele, the clerics also hailed the Governor for frowning at same sex marriage proposal of some European countries.

Speaking during a courtesy visit to the governor yesterday, the Chief Imam who led other Imams in the state to the Government House in Benin City commended the governor for abiding by the dictates of the constitution of the nation and his readiness to uphold and support the African value system.

“Recently when the Comrade Governor signed the warrant for four convicted criminals in the state, there (were ) criticisms from some quarters. We the League of Imams took a look at the gravity of the crime which they committed that warranted such. After carefully studying the briefing of the Honourable Commiisioner for Justice and Atthoney-General of Edo State on the issue, we were all satisfied Edo state government has done the right thing at the right time.

“Even the Almighty God will not be happy if the governor had not signed the death warrant. Apart from the constitution of the Federal Republic of Nigeria, the Holy Books, (the Bible and Glorious Quran) support that those who kill by the sword shall die by the sword. Those criticizing your action should study the constitution properly and seriously evaluate the seriousness of the crime committed by these fellows. It was a grievous crime committed against innocent souls, nobody has the right to take another person’s soul,” he noted.

The Imams who also frowned at the protracted crisis in Rivers state said, “when the good people refuse to do nothing, evil people will continue to prosper in such environment. The latest drama in Rivers state is not an issue one should shy away from. It is not only a slap and shame on democracy it was a civilian coup d’etat which is treasonable in nature.

“Nigerians are watching an executive governor come under assault, supported and sanctioned by the powers that be. We need not just watch. Those of us living in other states should not be indifferent, what is happening in Rivers state can happen in any part of the other states. An attack on the state governor who is the chairman of the governors forum is an attack on all state governors,” he added.

The Imams took a swipe at the Presidency for recognizing the Jonah Jang faction of the Governor’s Forum which had 16 votes as against the 19 votes cast for Governor Rotimi Amaechi and also for recognizing a factional Speaker of the Rivers State House of Assembly who emerged Speaker with the support of only five Assembly men.

In his remarks, Governor Oshiomhole commended the League of Imams in Edo State for the courage to speak the truth to those in the corridors of power without fear.

The Governor said it is lamentable that “men who occupy high political positions like the office of the governor, some go to church to receive communion and those who go to mosque and shout Allah on Fridays, because of reasons of the political exigencies of the moment in fear of man rather the fear of God chose to turn the truth upside down.

“If governors can be oppressed, you Imams can not only be oppressed, but suppressed. If you uphold the truth, you spoke that truth to power. When people use power to oppress, suppress, they are playing God and they shall come to judgment before God.

“I am convinced that all of us should only be afraid of the fear of God and not the fear of man because man is a traveler on this planet. We have birth and death days. I agree with you absolutely, my union training taught me that an injury to one is an injury to all and when one is attacked all are under attack and only the fool will think that it is not yet his turn therefore he should look away,” he noted.

Comrade Oshiomhole prayed God to “touch the hearts of our leaders to remember yesterday so that what they do today is led by history of what happened in the past so that we shall be remembered for what we did and not for the desperate actions that we took.”
“In Rivers State it is clear that one side behaved irresponsibly and it is that side that should be called to order and they are rightly identified as the five men who chose to assume to be more than twenty seven men.

“If men are afraid of the truth, God will uphold the truth and that is what keeps some of us going and I am fortified by the determination to stand b the truth whether it is sweet or bitter,” the governor added. – See more at: http://newsdiaryonline.com/islamic-clerics-back-oshiomhole-on-death-penalty-condemn-rivers-crisis/#sthash.HQzPNatf.dpuf 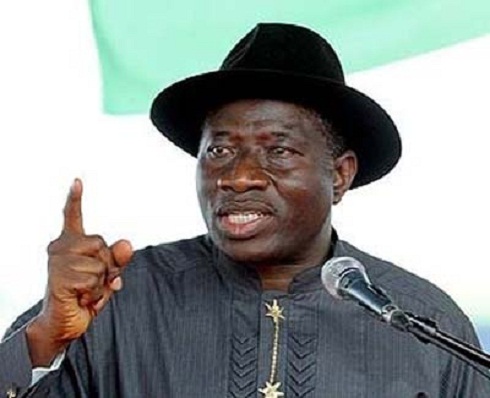 NewsRescue– In Mali, March last year, when the civilian government was weak in tackling the Tuareg rebellion, and the forces fresh from Libya kept killing the military men and gaining grounds, the mutinying military staged a coup and overthrew the “weak government” of Amadou Toumani Touré. 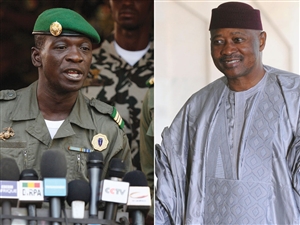 There is a lesson here for Nigeria’s weak civilian government. Top level military men may not organise a coup against their friends in government, but such action may come from lower ranking officers if Nigeria’s civilian regime continues to show weakness in dealing decisively with the radical, murderous terrorist threats all over the country.

However, in contrast to this lenient sentencing for a capital terrorism offense, involving mass murder. We review the sentence passed and upheld by the Supreme court on July 6th, against Usman Maigari, a former policeman, for killing his wife, Sa’adatu. In her judgement upholding the sentence, Justice Mary Peter-Odili held that the appellant’s appeal lacked merit:

“In conclusion, therefore, I have to state that this appeal lacks merit and I dismiss it. I affirm the judgment of the Court of Appeal which affirmed the decision, conviction and sentence of the appellant for culpable homicide punishable by death.”