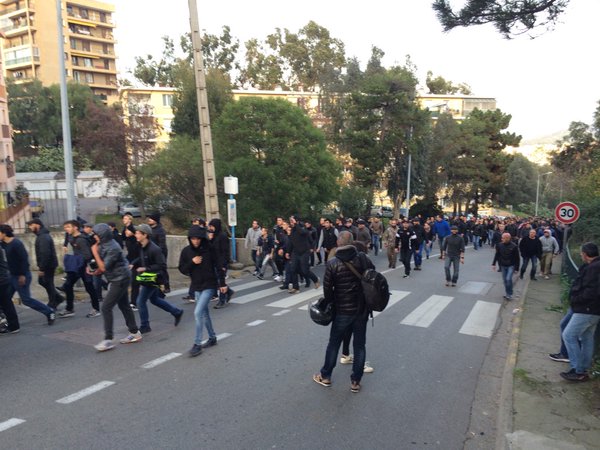 Around 100 people marched in the Corsican capital of Ajaccio on Saturday, shouting anti-Muslim slogans. The protest happened in the same low-income neighborhood that violence erupted in earlier this week.

More than a hundred people were reportedly seen in the streets, shouting, “we are still here.”

Local authorities asked the protesters to stop their action, with the prefect of Corsica, Christophe Marmand, saying that their actions “give a disastrous image of Corsica,” Le Figaro reported.

Saturday’s anti-Muslim demo on the French Mediterranean island followed earlier protests in the region, in which a Muslim prayer hall was vandalized and books including several copies of the Koran were set on fire.