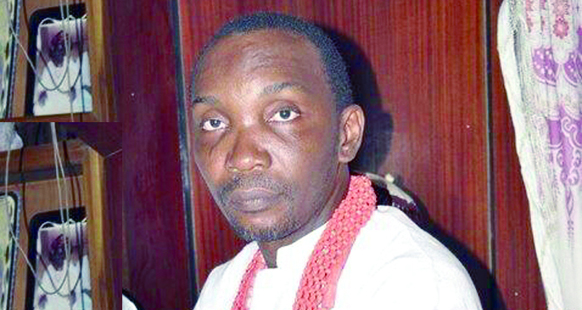 Ugbo, nicknamed the ‘peoples Speaker’ who spoke to newsmen shortly after he defected with thousands of his supporters cited insincerity on the part of the Edo State PDP leaders as one of the main reasons that led to their defection to the APC alleging that his members who mobilized towards the successful campaign rally for President Jonathan were dumped.

He said “As you are aware am the BOT Chairman and grant patron of Jonathan Shall Lead Again Movement with structure across the country we have been supporting Jonathan’s re-election since 2012 but here in Edo state I discovered that the PDP leaders have not been carrying people along. PDP in Edo state is in wrong hands, the party never shows any appreciation. What will the PDP leaders attracte or do for the people with their billions? What kind of leaders are they?

On Buhari candidacy he said “ Buhari is going to win the election and we are going to give him our total support, so those who are making noise about his age are just playing politics. Buhari intelligence is what counts, this is a man that has ruled us before, so age has nothing to do with it.  Politicians always look for mundane things to criticise their opponent”.