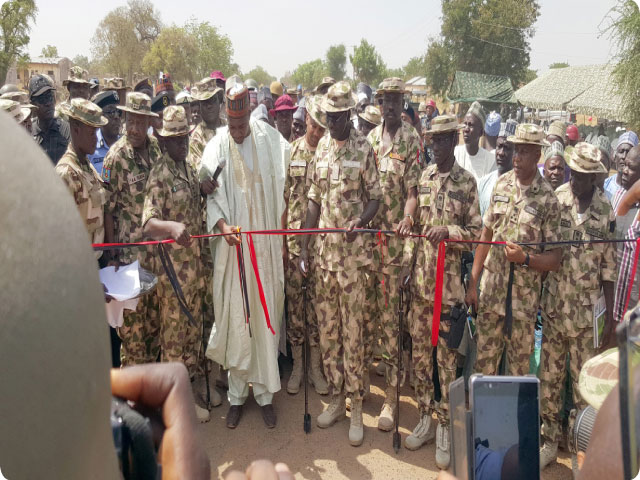 Hundreds of motorists flooded the Damaturu-Biu Road after the Chief of Army Staff, Lieutenant-general Tukur Buratai had yesterday okayed the reopening of the road, three years after Boko Haram insurgents had seized it.

The army chief who was accompanied by the Yobe State commissioner for Works, Engineer Surajo Wakil, said he hopes the reopened road will further bring life back to the reclaimed territories

Anxious motorists who had waited all day long for the road to be officially opened, flooded the dusty road as they chanted the praise of the Nigerian Army. Read full