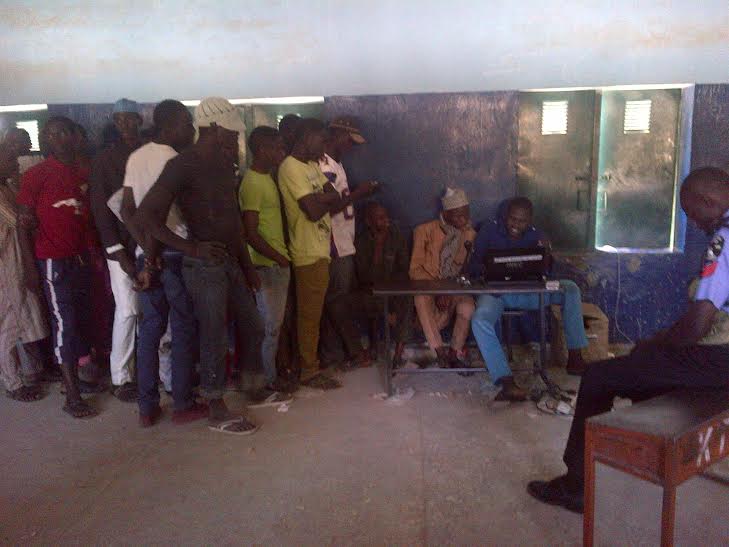 Allow me a space to call on the national chairman of Independent National Electoral Commission (INEC), to please kindly release our voter’s card in Katsina state. Since the start of the release of the Permanent voter’s card (PVC) this month, the exercise was mired with disappearance of many PVC here in Katsina and other places. The exercise is also mired with other irregularities like fighting, lack of adequate materials e.t.c

It is sad that despite over four years since the time the temporary voter’s card was registered, the INEC did not make any adequate arrangement for releasing the PVC across the nation. It will be recalled that over 100 billion Naira was said to have been spent on the commission in 2011 – in order to make all arrangements ready for a free, fair, credible elections in 2015.

In katsina for example, the releasing of the PVC was postponed three times before it was started. Now that I has started, over 1.5 million PVCs are said to be missing or at least, unaccounted. When the exercise started, they only spent four days. And now that registration for those that lost their own and fresh registrars have started, it is only been carried out in four places, and all the places have long queues of people aggressively waiting to be registered.

The INEC and all other relevant stake holders in the PVC should get together and solve this problem. Already people are insinuating that the INEC is planning to rig elections in 2015, and is dis franchising Nigerians by deliberately causing difficulties in the exercise and limiting participation.

I call on professor Attahiru Jega who is a credible person, and has been promising Nigerians better elections in 2015, to please find away to quickly solve this problem before any uncalled for action happen. I also call on Nigerians to be patient and law abiding.