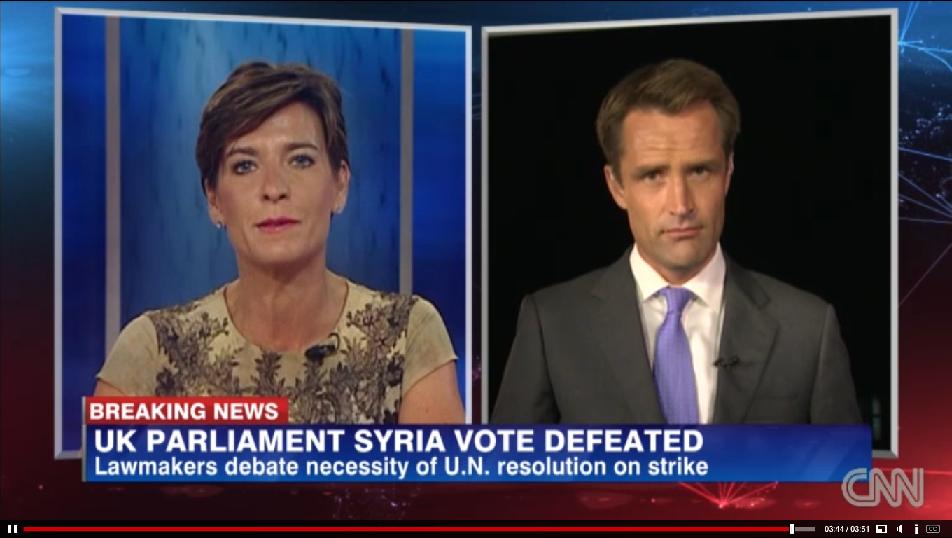 NewsRescue-CNN anchor could be seen sweating profusely in the chilly studio as she reported the defeat for UK’s David Cameron who sought a UK parliament approval of his watered-down proposal for military action against Syria.

Whether out of concern or a stage effect–to influence public opinion–the anchor sweating implicates CNN in being more than just a mere fair and unbiased media, but rather more like a propaganda arm of the US government’s military complex.