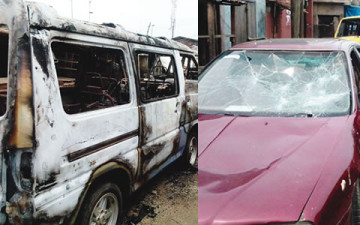 here were fears and tension in the Mushin area of Lagos State on Monday morning after about 60 robbers operated on no fewer than eight streets and destroyed about 30 vehicles.

Some residents told our correspondent that the robbers also raped some young ladies and operated unchallenged for about seven hours.

A mosque on Coker Lane was not spared as the worshippers, who slept in the mosque after a vigil, were robbed by the hoodlums. Read full.