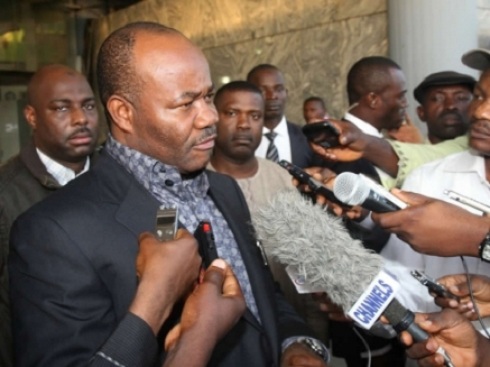 With Governor Godswill Akpabio of Akwa Ibom State and numerous members of his cabinet as well as state legislators enjoying a weeklong jamboree in the United States of America, two kidnap incidents in the state within twenty-four hours have demonstrated an escalating crisis of insecurity.

Security sources told SaharaReporters that the two kidnap incidents took place yesterday in Oron, in the southern part of the state.

In one incident, the violent criminals abducted Mrs. Agnes Uwe at about 2 a.m. Tuesday from her residence at 23 Eyoakan Street.

A relative of the kidnap victim told our correspondents that her kidnappers used sledgehammers and other tools to breach the wall and gain access into the building which is located close to the Oron area headquarters of the Nigerian police.

Other residents in the area told SaharaReporters that the nearby police station failed to provide help despite several distress calls made to the police as the incident was taking place.

Our sources disclosed that the armed gunmen seized the Toyota Land Cruiser belonging to the family of the victim after firing several gunshots to scare away residents of the neighborhood. “They attempted to drive away with their victim only to discover that the SUV was out of fuel a few meters from the compound,” said a resident.

In anger, the kidnappers reportedly returned to the house perhaps to shoot the husband of their victim, but the man had escaped to safety. The kidnappers then took away their victim in a back-up car.

SaharaReporters learnt that the kidnappers have demanded a ransom of N15 million to free their hostage.

A security source stated that a second kidnap incident took place at about 10 p.m. the same day. This time, kidnappers seized Mary Abia, the proprietor of Bekons Hotel and a PDP women leader in the Urueoffong/Oruku community in Oron. Mrs. Abia was abducted from her residence at 13 Etienam Street in Oron, and taken to an undisclosed location.

A source close to the Abia family said that there had been no contact with the kidnappers. “We strongly suspect that the dastardly act was connected with power play within the ruling PDP for the control of the local government in Oron communities in Akwa Ibom,” said the source.

In recent weeks, Oron has been a flashpoint of kidnap cases. In June, assailants assassinated a local government council chairman just before council polls took place.