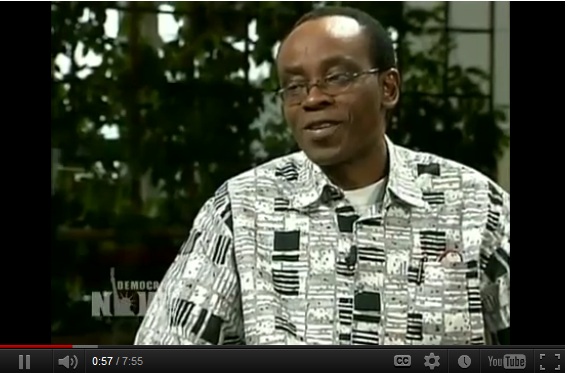 NewsRescue- Nnimmo Bassey, the aggressive environmental activist, popular for his demands for a proper dealing with Africa after centuries of exploitation, from colonization and slavery to the new ‘carbon credits’ scam, which he described on WBAI, free speech radio NY on November 10th, 2012 as akin to ‘an unfaithful couple resolving their abnormality by paying a faithful couple somewhere else, chump change in order to continue their infidelity’, has been awarded the 2012 Rafto Prize for Human Rights in Norway, November 4th.

AllAfrica- The 2012 Rafto Prize will be awarded to Nnimmo Bassey in recognition of his long-term fight for people’s rights to life, health, food and water in a world affected by climate change and mass environmental destruction.

“Through his rights based work and criticism of prevailing systems, Bassey has shown how human rights can help mitigate the effects of these changes,” says the Rafto Foundation.

“I am honored and humbled by this announcement. I hold the Rafto Foundation in high esteem for its commitment to human right defenders. I have campaigned on oil pollution and human rights in Nigeria for decades. Standing with impacted communities we continually demand justice. We press on, convinced that truth will prevail.” Read more 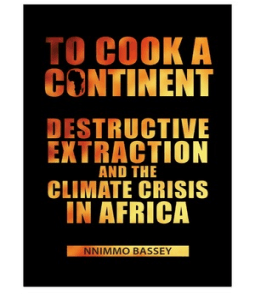 South (Africa and other developing nations), which includes violations like the utilization of colonialism and slave labor in building the North, a utility he regards as unpaid for and deserving of reparations; and also campaigned strongly against Northern big multinational corporation – oil companies continually robbing African nations of their oil directly and indirectly and in the process, selling oil at a ‘subsidized price’, the subsidy being due to “not factored costs”,  the additional exploitative extractive costs, costs for damages to the African regions from which the oil is exploited, which end up with environmental devastating effects, which Bassey describes as being more expensive to possibly repair and restore than the cost the oil is sold for.

An example of such regions he gives is the Ogoni land in Nigeria where the water above and below ground is seriously contaminated and has high levels of benzene, a cancer causing chemical, but yet the pollution in the region is not addressed by the oil companies, the local government or international organizations like the UN.

Nnimmo Bassey repudiates Shell international for claiming that they are not responsible for what Shell Nigeria does. He also strongly criticized the US president, Obama for suggesting that the COP15 climate conference held in Copenhagen in 2009 will not yield any results.

He described Obama’s comment as very insulting, reckless and described it as unethical of the president to engage in private deals in preservation of governments in the worst interests of the environment. He advises Obama to take the matter seriously, describing Africa as worst affected by climate change.

The East coast of the United States was in late October, hit by hurricane Sandy which left great destruction in its path and rendered millions of Americans without power and gas, and thousands homeless.

Bassey stands for immediate and aggressive steps against climate change. Nnimmo Bassey is author of ‘To COOK A CONTINENT – Destructive Extraction and the Climate Crisis In Africa’.

Watch him here with Amy Goodman from Democracy Now