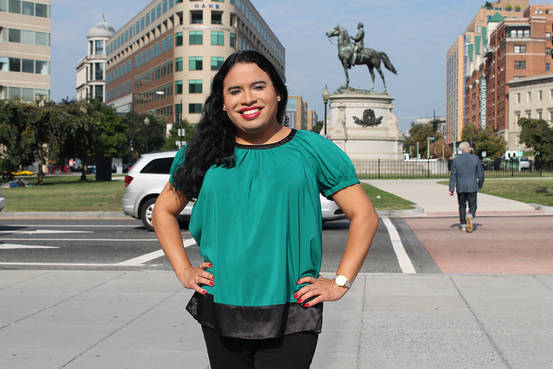 Raffi Freedman-Gurspan, a former policy adviser at the National Center for Transgender Equality, will serve as an outreach and recruitment director in the White House Office of Presidential Personnel.

Community leaders and advocates lauded the administration’s decision and called Freedman-Gurspan a role model, praising her work to empower members of the LGBT community.

This is one of several steps the Obama administration has taken to show support for the LGBT community. Last year, Obama signed executive orders that banned federal contractors from discriminating against employees due to their sexual orientation or gender identity. And in April, the President condemned therapies that tried to “fix” gay and transgender youth and announced the creation of a gender-neutral bathroom in the Eisenhower Executive Office Building, home to many White House staffers.

“Raffi Freedman-Gurspan demonstrates the kind of leadership this administration champions,” said Valerie Jarrett, a senior adviser to the President. “Her commitment to bettering the lives of transgender Americans, particularly transgender people of color and those in poverty, reflects the values of this administration.”