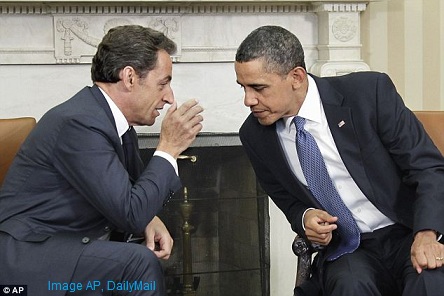 By Laurie Ure and Jim Acosta,

(CNN) It doesn’t matter how many times Israeli Prime Minister Benjamin Netanyahu now says he still wants a two-state solution with the Palestinians. The White House is refusing to take him at his word.

“We take him at his word when he said that it wouldn’t happen during his prime ministership, and so that’s why we’ve got to evaluate what other options are available to make sure that we don’t see a chaotic situation in the region,” President Barack Obama said in an interview with The Huffington Post published Saturday.

These are the President’s first public comments since Netanyahu’s party captured the most seats in Tuesday’s parliamentary election.

Netanyahu has said in at least three post-election interviews that he still believes in Palestinian statehood, despite his pre-election flip-flop on the issue in what experts called a desperate appeal for conservative votes.

Only on Thursday, two days after the election, did President Obama congratulate Netanyahu by phone on his victory.

White House press Secretary Josh Earnest declined to say whether Netanyahu clarified his position on the two-state policy during that phone call.

Regarding comments Netanyahu made Tuesday about Arab Israeli voters going to the polls “in droves” — comments described by some as racist — Obama told The Huffington Post that that kind of “rhetoric” was “contrary to what is best of Israel’s traditions. That although Israel was founded based on the historic Jewish homeland and the need to have a Jewish homeland, Israeli democracy has been premised on everybody in the country being treated equally and fairly.”

Obama added: “If that is lost, then I think that not only does it give ammunition to folks who don’t believe in a Jewish state, but it also I think starts to erode the name of democracy in the country.”

U.S. House Speaker John Boehner, who invited Netanyahu to address that controversial joint meeting of Congress earlier this month, plans to visit Israel at the end of the month.

While the speaker’s office says the trip was planned well before the Prime Minister’s re-election, it will come around the deadline for an initial nuclear deal between Iran, the United States and other world powers.