Information available to 247ureports.com reveal that the continued insecurity in the north central state of Nasarawa State may not be over – judging by the recent unfolding activities within military setup staged in Nasarawa following the mysterious slaughter of security officers at Eggon community earlier in the year. Competent sources knowledgeable of the activities within the security setup in Nasarawa State reveal that a surprise attack is imminent. “The leader of the Ombatse prayer group is wanted dead”, said the source. 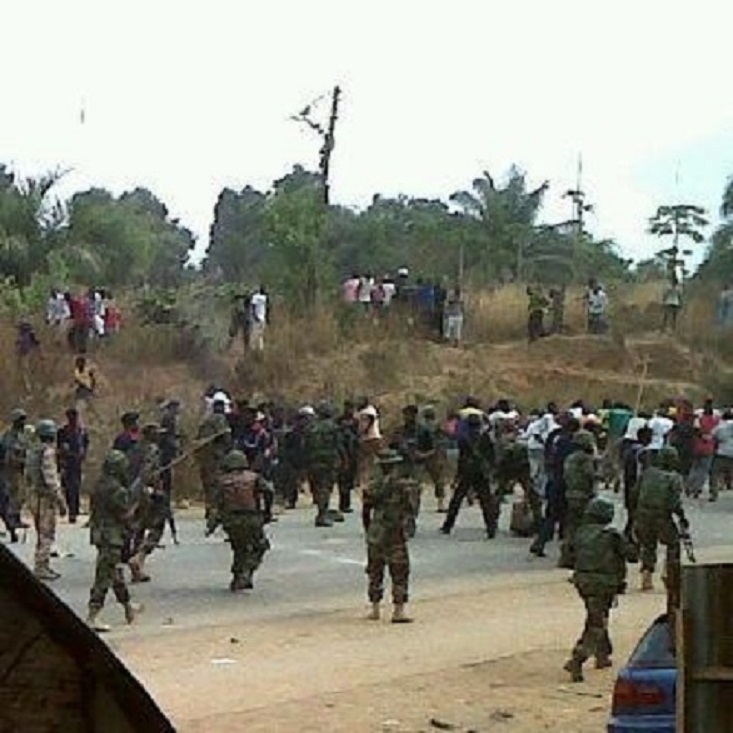 Already, the military apparatus deployed by the federal government to ensure security in the north east area of Nasarawa State where Eggon is situated is said to have begun heavy patrol of the community – with armored vehicles and other war-machineries. While patrolling, the military officers – working in tandem with the police in Nasarawa State – have begun making arrests of people it believes may have played a role in the killing of the security officers. This is as the 9-man committee setup by the Governor of Nasarawa State, Malam Al Makura, to investigate the killings of the over 100 security officers at Eggon community – are still yet to conclude their assigned task.

Recent findings by 247ureports.com indicate however that the governor of Nasarawa State, Malam Al Makura may have more than veiled reasons for wanting to point the attention of the 9-man committee to the Ombatse prayer group as the responsible party for the killings of the said security agents.

Prior to mounting the executive seat as the governor of Nasarawa State, Malam Al Makura, according to officials of the Ombatse prayer group, was an active member of the prayer group. He was a solid financial member of the group. He provided financial help to group in exchange for “traditional prayers”. The prayers were said to possess potent powers. The Ombatse officials indicated that the relationship between the group and Governor Al Makura stretches to over 7 years. “We are prepared to provide evidence to the group of Al Makura’s membership and financial contributions to the group to the 9-Man committee – when the rime comes”, said a high ranking official of the prayer group.

The ranking official of the prayer group continued to add that before the deadly fortune befell the over 100 security officials at Eggon, the governor had arranged for a gang of thugs bused in from neighboring Kogi State – numbering over 100. The thugs were hired from an emerging terror group in Kogi State – and armed by the police top boss stationed in Nasarawa. The arms/guns belonged to the police. And as the Kogi state thugs arrived Eggon community to slaughter the Ombatse prayer group and their leader – as ordered by the Governor, they met their waterloo. They did not make it. They were killed and they weapons seized.

But the agreement appeared not to hold months after Al Makura mounted the seat of governor. The governor, as a result, became determined to exterminate the group – after he was told that the group would begin performing ritual rites for his eventual ejection from office. The official of the ritual group revealed that the Fulani attacks ensued following the governor’s desire to eradicate the group.

One of the police widows who lost her husband to the deadly clash in Eggon told 247ureports.com on the day the thugs from Kogi rode into Eggon community to attack the prayer group – that a young girl [aged about 12years] was seen carrying a smoking clay pot on her head – leading the way into Eggon community. “She was killed”, she said – adding also that the Governor knows about the attacks on the community – including the said attacks from the nomads.

It is for this reason that the President of the Eggon Community [ECDA], Chris Manman told 247ureports.com that the 9-man committee constituted by the Governor of Nasarawa State as unfit to probe the deaths of the security official at Eggon community. He called on the federal government to play the role of an impartial investigator – especially since the slain security officials were federal agents and not State agents. He pointed to Governor Al Makura involvement with the group as reason enough to bar the governor from being the person in charge of the investigation. “We are afraid the governor wants to roast us”. He continued to add that “how can we be asked to present ourselves to the 9-man committee when the security officials have begun arresting us. How are we to appear before the committee now”?

In spite of the holistic measures supposedly taken by Governor of Nasarawa State, Umaru Tanko Al-Makura to combat the unabated communal and ethnic conflict that had enveloped Nasarawa southern region in the last twenty six months, peace remains elusive.

Instead of applauding Governor Al-Makura, Governor of Benue state, Gabriel Suswan has apportioned blame to the Government of Nasarawa for harboring Fulani mercenaries and other-like terrorists.

“Our people in Benue state are pushed to the wall. How can over Five hundred (500) armed Fulani men move into your land as free men? It is worrisome if this crisis continue like this, Benue has been turned to a vicious cycle were by people are killed on daily basis”. He listed some of the crisis prone zones of Benue state as Agatu,Gwer west,Makurdi west and Makurdi north.

Gabriel Suswan affirmed that the two (2) neighboring states should work towards restoring peace in the sister states – adding that the present crisis which has consumed scores of lives and properties is uncalled for. He called on stakeholders from the two (2) states to treat the present security challenges with seriousness and sincerity.

The Governor said the ongoing crisis has taken different dimension – while calling on all stakeholders from the two states to proffer lasting solution to the skirmishes. The Governor tasked people of the states to set aside primordial sentiment for the interest of peace.

“We are one and we will remain one”. He expressed concern over recent killings of twenty eight (28) people and the seventeen (17) houses that were set ablaze in Rukubi ward of Ekye Development Area – adding that Fulani herdsmen set ablaze the abode of a cabinet member, Mbatsav while his Personal Assistant ( PA) and one person were killed in Awe Local Government Area.