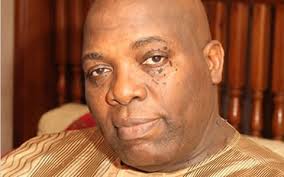 Okupe, in response to claims from an online commentator that President Jonathan has shown little or no concern to the plight of the people in the North-Eastern Zone said: “You are a fool for saying that about an elected President.”

Comparing the insurgency in Nigeria to the terrorist attack on United States of America in September 2011, Okupe stated that the United States was also not prepared for insurgency.

His words: “United States went to Iraq but Al-Qaeda confronted them. They were there for more than five years with 400,000 troops and spent trillions of dollars.

“Great Britain fought its insurgents for 32 years non-stop yet they did not win. Also their lives did not stop because of it. Life and government activities must go on in spite of terror. We shall remain unbowed.”

Okupe also mentioned that the last time the Army had major procurement was 20 years ago which is one of the many barriers facing them from curbing the insurgents in the North.

Adamant on his gangster tweets, Okupe stressed that he will not stop in using vulgar words on critics of President Jonathan as he is also a victim of such.

“You have no problems with those who use foul language against me. You guys like it rough and unguarded so please stop complaining. Let’s roll”, Okupe said.