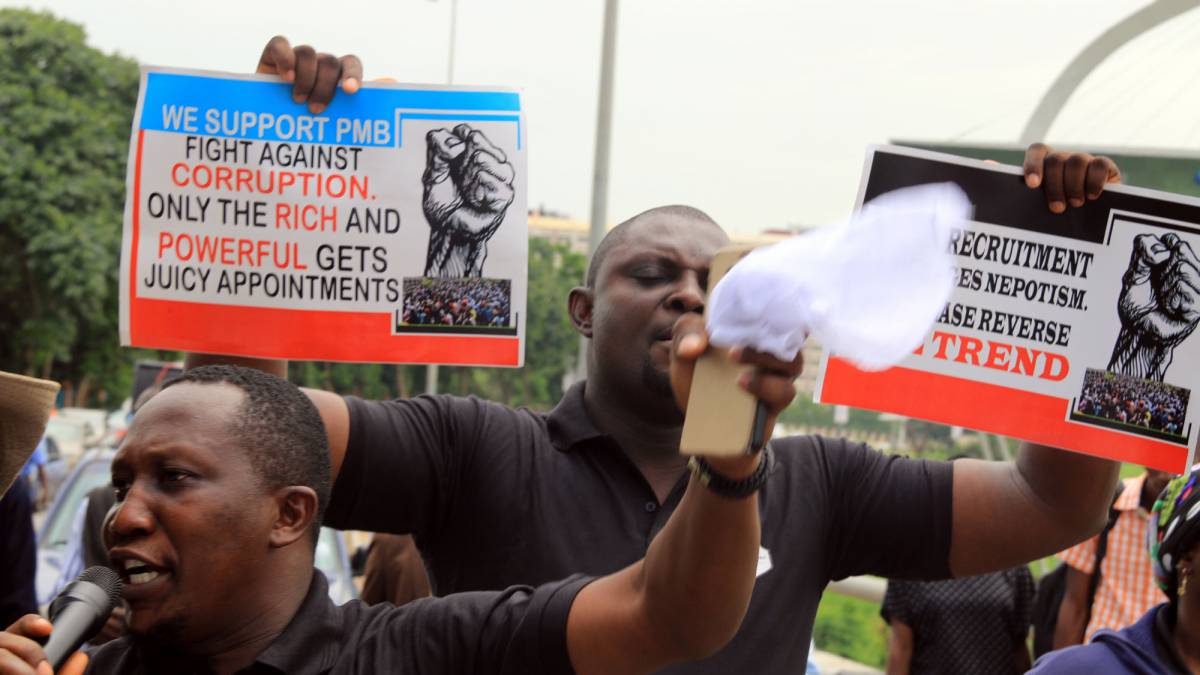 The protesters – including popular activists, Aisha Yesufu; author, Chido Onumah; and members of Citizens of Impact, Enough is Enough, Youthup Africa – marched to the Office of the Secretary to the Government of the Federation, where they submitted their protest letter for onward transfer to Mr. Buhari. 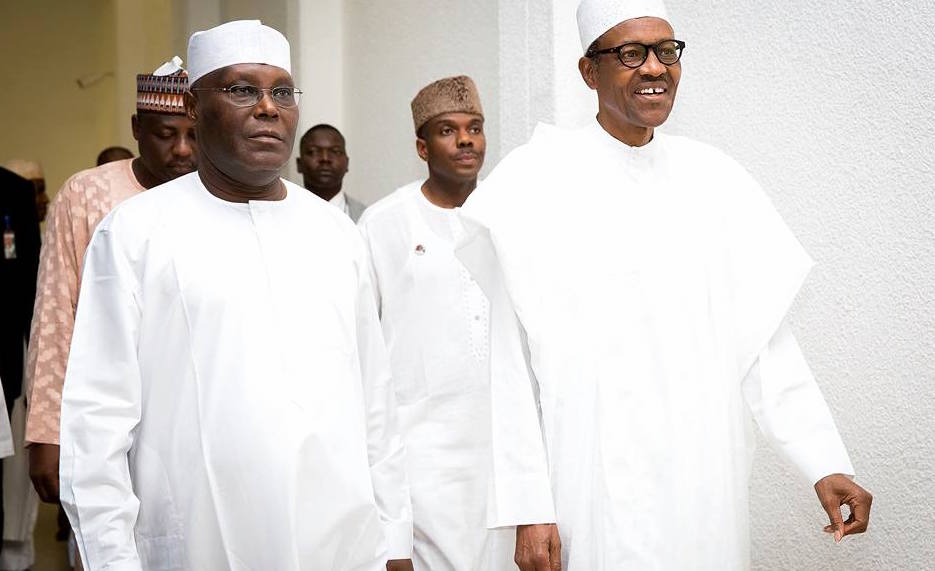 “All Nigerians must be given equal opportunity in employment,” one of their placards read.

In his address, Daniel Olatunde, convener of Citizens of Impact, said the Central Bank of Nigeria, Federal Inland Revenue Service and Nigeria Prisons Service, embarked on illegal recruitment exercises and that some of the recruits paid huge amounts to get the jobs.

He recalled that one of the 909 persons recruited by the CBN “through backdoor” was a nephew of Mr. Buhari.

He added that FIRS Chairman, Babatunde Fowler, “lied barefaced and was deceiving Nigerians” that the body was going to recruit 1,250 people during a session with the Senate Finance Committee at a time he had already concluded “the recruitment of children of his cronies including that of John Enoh, Chairman of the Senate Committee on Finance.”

“No transparency as these exercises were done under the table,” Mr. Olatunde said.

“It is shocking the government has been loud in its silence. Nobody has investigated or reversed it….President Buhari came to power on thr crest of anti-corruption campaign.”

In her address, Mrs. Yesufu said Mr. Buhari should be reminded that looting constitutes corruption, as well as “nepotism and illegal recruitment of children of who is who”.

The protesters demanded investigation of the exercises and their reversal, while heads of the concerned public bureaucracies be sanctioned.

Mr. Bapitel, after listening to the protesters and receving their letter, he said, “I believe in the content of this letter”.

“I assure action could be taken.”

He could not give a definite date for the protesters to get response, saying only the SGF could do so.

But PREMIUM TIMES gathered the protesters resolved to resume demonstration a week from now in case there is no response from government.