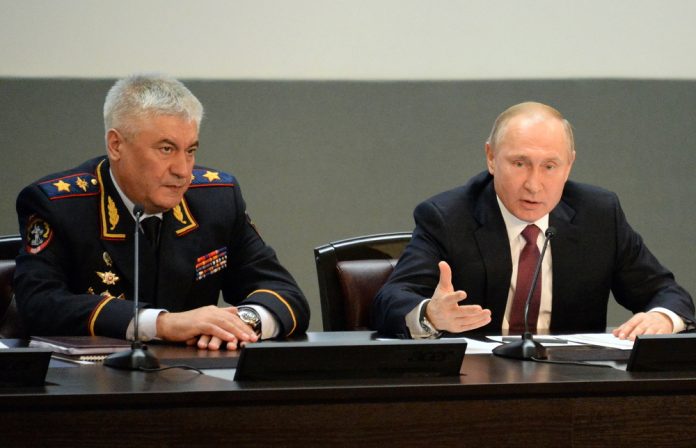 Another factor that disturbs Russian analysts is the fact that, unlike prior hawks such as John McCain, Clinton is a Democrat

If Hillary Clinton is elected president, the world will remember Aug. 25 as the day she began the Second Cold War.

In a speech last month nominally about Donald Trump, Clinton called Russian President Vladimir Putin the godfather of right-wing, extreme nationalism. To Kremlin-watchers, those were not random epithets. Two years earlier, in the most famous address of his career, Putin accused the West of backing an armed seizure of power in Ukraine by “extremists, nationalists, and right-wingers.” Clinton had not merely insulted Russia’s president: She had done so in his own words.

Worse, they were words originally directed at neo-Nazis. In Moscow, this was seen as a reprise of Clinton’s comments comparing Putin to Hitler. It injected an element of personal animus into an already strained relationship — but, more importantly, it set up Putin as the representative of an ideology that is fundamentally opposed to the United States.

Even as relations between Russia and the West have sunk to new lows in the wake of 2014’s revolution in Ukraine, the Kremlin has long contended that a Cold War II is impossible. That’s because, while there may be differences over, say, the fate of Donetsk, there is no longer a fundamental ideological struggle dividing East and West. To Russian ears, Clinton seemed determined in her speech to provide this missing ingredient for bipolar enmity, painting Moscow as the vanguard for racism, intolerance, and misogyny around the globe.

Russia’s leaders were understandably furious when, not only was former Libyan President Muammar al-Qaddafi ousted, but a cellphone recording of his last moments showed U.S.-backed rebels sodomizing him with a bayonet. They were even more enraged by Clinton’s videotaped response to the same news: “We came, we saw, he died,” the secretary of state quipped before bursting into laughter, cementing her reputation in Moscow as a duplicitous warmonger.

Another factor that disturbs Russian analysts is the fact that, unlike prior hawks such as John McCain, Clinton is a Democrat. This has allowed her to mute the West’s normal anti-interventionist voices, even as Iraq-war architect Robert Kagan boasts that Clinton will pursue a neocon foreign policy by another name. Currently, the only voice for rapprochement with Russia is Clinton’s opponent, Donald Trump. If she vanquishes him, she will have a free hand to take the aggressive action against Russia that Republican hawks have traditionally favored.

Moscow prefers Trump not because it sees him as easily manipulated, but because his “America First” agenda coincides with its view of international relations. Russia seeks a return to classical international law, in which states negotiate with one another based on mutually understood self-interests untainted by ideology. To Moscow, only the predictability of realpolitik can provide the coherence and stability necessary for a durable peace.

Russia’s security apparatus is certain that Soros aspires to overthrow Putin’s government using the same methods that felled President Viktor Yanukovych in Ukraine: covertly orchestrated mass protests concealing armed provocateurs. The Kremlin’s only question is whether Clinton is reckless enough to back those plans.

Putin condemned the United States for flirting with such an operation in 2011, when then-Secretary Clinton spoke out in favor of mass protests against his party’s victory in parliamentary elections. Her recent explosive rhetoric has given him no reason to believe that she has abandoned the dream of a Maidan on Red Square.

That fear was heightened when Clinton surrogate Harry Reid, the Senate minority leader, recently accused Putin of attempting to rig the U.S. election through cyberattacks. That is a grave allegation — the very kind of thing a President Clinton might repeat to justify war with Russia.