Reworking Our Grand Norm For A Better Nigeria, By Jerome-Mario Utomi 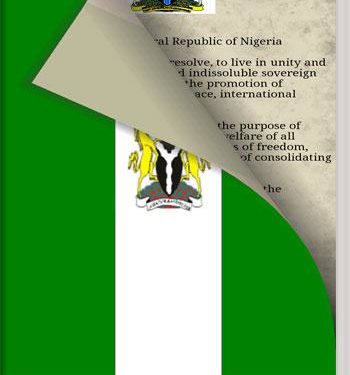 Looking at the way the chimpanzee walks, you will discover without labour that it’s not a happy creature. Comparatively, a peep at the way Nigerians currently spend hours at different petrol stations in search of fuel, one may not wait to be told that Nigerians are mourning the dearth of good leadership in our country. This leadership challenge has also portrayed us as a nation where tribal loyalties are stronger than a common sense of nationhood, thereby making our situation both hydra-headed and native.

Consequently ‘if we look honestly at the realities of our national life,’ it is clear that we are not matching forward but groping and stumbling; we are divided and confused. Our moral values and our spiritual confidence sink, even as our material wealth’s ascends’

From clamour for the nation’s restructuring to economic gloominess. From Independent People of Biafra(IPOB) quest for secession to the Operation python dance. Others include; the Niger Delta Avengers declaration of their decision to continue with hostility in the onetime oil-rich volatile region, the incessant and excruciating pains visited on the citizens by the unexplainable fuel scarcity among other.

Ending this vicious circle of chaos come 2018 and beyond will require making Abuja less attractive via devolution of power. That section of our constitution that vested so much power at the centre needs to be revisited. This is necessary as the masses are aware that the disproportionate posture of our nation’s political framework is fuelling these absurdities in leadership. Therefore, to make 2018 and beyond politically fruitful for all, urgent step to correcting these imbalance needs to be taken by reworking our constitution to reflect a true fiscal federalism.

Another important part of the nation’s 1999 constitution that calls for urgent amendment is the second chapter.

A peep into this chapter will reveal a portion with a very long list of what ordinarily could have been very beneficial to the citizenries and at the same time solve the multifaceted challenges bedeviling the nation if it were at par with the provisions and status enjoyed by similar items as contained in chapter four. But, as expected, this portion for no clear reason shares the same body and spirit with chapter four but not equal in essence.

Again, the above well envisioned and perfectly embodied portion has again been incapacitated by the provision of a clause tagged ’non-justiceable’ and is further deformed by this phrase: ‘the fundamental objectives and directive principles of the state.’ These two attributes made that chapter ‘a fallen angel,’ thereby depriving over one hundred and eighty million Nigeria what they are supposed to enjoy and on the other hands, stunted the nation’s development.

While the above chapter is bemoaning her fate, Chapter Four, with the appendage ‘fundamental human rights,’ enjoys all the legal paraphernalia.

Comparatively, while the second chapter handles issues such as access to education, housing, health and so on which the Constitution described as non-justiceable and comes under fundamental objectives and directive principle of the state. Chapter four on the other hands contains items which include but not limited to the rights and freedoms of association, expression, right to life, movements just to mention but a few.

Secondly, while you can not deprive or deny any citizen of any of the above-mentioned rights as contained in chapter four without committing an offense against the individual or the state of which the state or the individual concerned can seek legal redress, such is not the case of all the provisions as made in chapter two.

Now, the question is, if a citizen, based on the provisions of chapter two, is deprived access to quality education, where and how will the citizen gain the knowledge and education that will expose him to recognizing and eventual claiming of the said fundamental human rights as enshrined in chapter four?

Also, if one is seriously sick and is deprived of access to quality health care, how is he going to access his fundamental human right to the freedom of association?  By this provision and arrangement, the basic necessity is treated as mere importance while items of less importance were treated as essential.

Thirdly, the asymmetrical nature of the interpretation, as well as the implementation of the provisions of the said chapter two, calls for a serious scrutiny.

Correspondingly, If at the electioneering campaign period, political office seekers are allowed to use all the items as listed in chapter two for their electoral manifestos, it is equally germane that citizens use those same items to hold them accountable when defaulting as well as measure their performance against their promises.

This I viewed through the prism of natural justice while also exploring the social responsibility matrix.  Until we have a constitutional framework that will make this chapter two workable, our politicians will continue to view it as a ‘ready-made’’ political manifesto.

Sadly, as it appears, all these alterations were done without recourse to the original source where we copied from. As a peep into the Constitution of the United States of America will reveal a contrary proposition as their constitution revered with religiosity and paid disciplined attention to what ours referred to as non-justiceable. What a policy summersault on our part.

Equally important is the fact that this lopsided position of this particular chapter had led to the large-scale inactions of our leaders knowing very well that even if they fail in those areas, nobody will take them to the task. In the same fashion, the weak position of this chapter as advanced has made nonsense of the school of thought that viewed political leadership as a social contract. If a political office seeker should approach me for my vote, I should also have a commitment from him in exchange for my vote. If access to quality education is that commitment, how do I seek redress since it is not justiceable?

Strictly speaking, such an arrangement, if not amended, will forever present our constitution as a mere ‘love letter’ that both the content and the context are not binding on the author or the receiver. Also, allowing this weak structure to exist is a pleasurable welcome to non-performance from our leaders and further agitation for the restructuring of the nation. But upgrading it to enjoy the same status with chapter four will mean an invitation to political, social and economic development as our leaders will come to the realization that they are answerable to the people.

Our nation records very high scale corruption today simply because, high volume of loose and idol money litters the treasuries of the federal, state and local government areas of our country. This occurs as a result of the fact that our leaders believe that even if, at the end of their tenure, they fail to build and maintain quality schools and education; nobody is taking them to the court. Such is also our leader’s opinion on the provision of health care related facilities.

Conclusively, the citizens should urgently rise up and make a demand from our parliamentarians, If not, chances are that we may continue to contend with the ‘1999 Grand norm as amended.