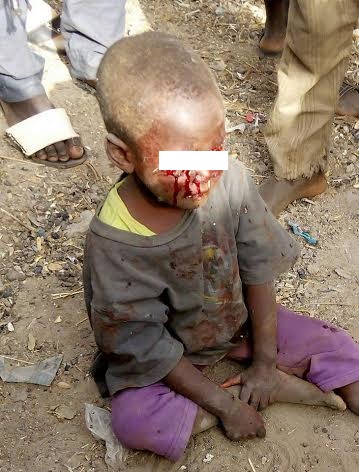 Suspected ritualists in Zaria, Kaduna State, have pulled out the two eyes of a four-year- old boy, rendering him blind. Sources Siad that the boy was wandering in the neighborhood of Unguwar Ban Zazzau when the ritualists abducted him. According to reports, the suspected ritualists took him to an uncompleted building in Zaria, removed his two eyes and fled. It was gathered that some residents of the area heard the commotion, but before coming to the boy’s rescue, the hoodlums fled. The boy is currently receiving treatment at a hospital in Zaria.

Tis is one more of several cases in recent days. We reported the cases happening as a Red Alert.