We need an explanation, on why the people of Kwara State have to
endlessly continue endure so much hardship, pain and suffering due to
government inability to provide basic necessity such as water.

Water is a necessity of life and its provision is a basic
responsibility of all responsible government. Experts have told us
that many water borne diseases can be prevented with availability of
portable water to improve hygiene and healthy living, but
unfortunately, the health of all Kwarans have been exposed to
preventable diseases as a result of lack of water. 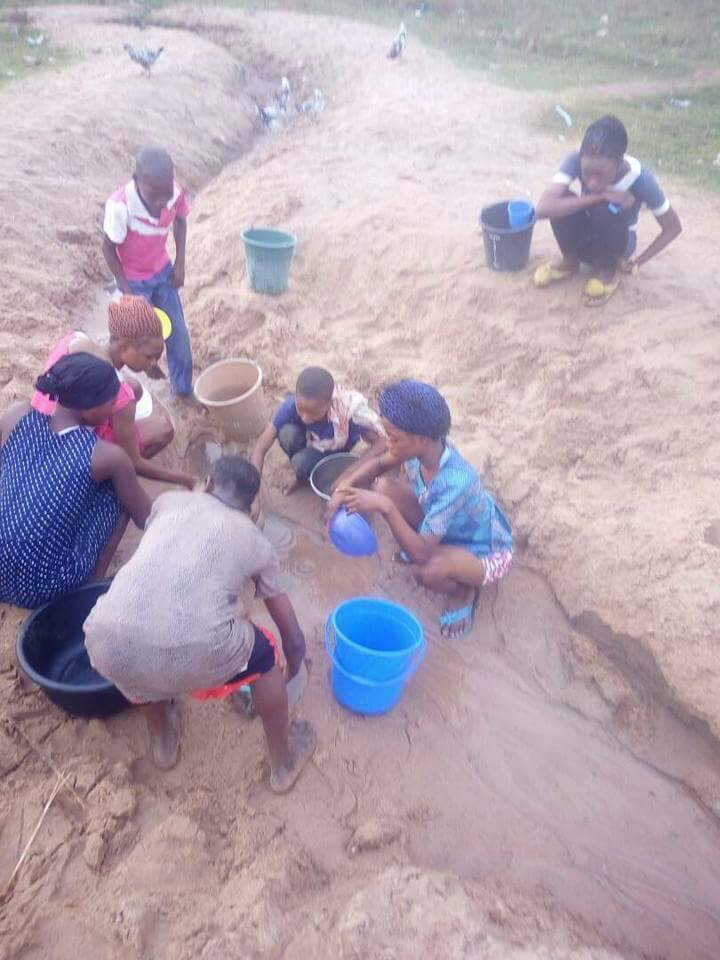 Kwara Must Change observes with sadness that, the 3 senatorial
districts of Kwara State namely; Kwara Central, Kwara South and Kwara
North are without water. Kwara Central, the senatorial district of
Nigeria’s senate President Bukola Saraki doesn’t have water, despite
the fact that Saraki is the immediate former Governor of the state who
served for 8years.  Kwara South, the senatorial district of the
incumbent governor, Abdulfatai Ahmed is also without water, inspite
the fact that he his already rounding up his 8 years tenure.

Similarly, Kwara North, the senatorial district of Kwara North
Senator, Sha’aba Lafiaji is also without water, despite the fact that
he his also a former governor of the state whom we heard is currently
preparing to run for governor in 2019.

We cannot but wonder how these so called leaders sleep at night,
knowing the hardship and suffering they put the people into.

On 7 June 2017, World Health Organization (WHO) was notified of a
cholera outbreak in Kwara State, Nigeria. The first cases of acute
watery diarrhea were reported during the last week of April 2017 and a
sharp increase in the number of cases and deaths has been observed
since then. Cholera is water washed disease among other diseases. As
of 30 June 2017, a total of 1558 suspected cases of cholera have been
reported including 11 deaths (case fatality rate: 0.7%). Similarly,in
August 2017, strange illness reportedly breaks out in Kwara State,
which instantly claimed more than 70 lives in Ifelodun Local
Government Area of the state. The above stated examples are not the
only instances of outbreak of diseases in the state which stern from
lack of portable water, there are many more and they have continued to
re-occur on yearly basis like an annual festival.

It is on this premise that Kwara Must Change is compelled to demand
for a comprehensive explanation, on why the state government is yet to
provide portable water for the people, after spending almost N8Billion
on some water projects by both the administration of ex- governor
Bukola Saraki and the present administration of Governor Abdulfatai
Ahmed, who have both spent a combined 4 tenure of almost 16 years in
the helms of Affairs.

We must warn that, any attempt to provide a superficial explanation
without adequate details maybe regretted by the state government, as
the consequences may be far reaching and extra ordinary. What we
demand is an in-depth, truthful and factual explanation of why such a
huge amount of money is expended without any result.

Kwara Must Change is concerned that, despite the availability of two
major dams (Asa and Agba) dam in the state capital and several other
dams in other parts of the state, the people are still going through
unimaginable suffering in their quest to have access to water.

We are aware that the water problem was almost solved about 3 decades
ago when Sen. Sha’aba Lafiaji was the governor. However, Sha’aba
Lafiagi misappropriated the money meant for water project in the
state. This fact wasn’t hidden, as his conduct became the subject of a
judicial inquiry headed by Hon. Justice Isa Ayo Salami and Sha’aba
Lafiagi was indicted and told to return a significant sum of money to
the state.

Notwithstanding the Senator Sha’aba’s looting of water funds, the
suffering of the people almost came to an end when Nigeria returned to
democratic governance in 1999 and the state governor, Admiral Alabi
Lawal embarked on an aggressive water project.

Kwara Must Change is aware that late Governor Lawal began the
expansion of Asa Dam and Agba Dam River with the intention of pumping
more potable water to the people of the state through properly fixed
pipelines. This followed the erection o‎f bigger reservoirs across
Kwara Central senatorial districts in order to ensure water is pumped
from both dams gets to the erected reservoirs in earnest so as to
allow the residents of the state get potable water in the state
capital and similar project to be later extended to other parts of the
state. However, we regret to observe that until this day, Governor
Lawal’s massive water project, which is more than 90% completed, is
completely abandoned without any reasonable explanation.

Surprisingly, Bukola Saraki who took over from governor Lawal awarded
another water contract worth N2.3 Billion immediately he assumed
office in 2003, giving an impression that he was working on his own
water project for the people. However, after spending 8 years in
office, nothing was done and the N2.3 Billion is yet to be accounted
for.

We note also that, the Abdulfatai Ahmed led administration, who came
in under the platform of legacy continues have also not done anything
better in this regard. Governor Ahmed also committed another N5
billion to the so called water project, yet there is still nothing to
show for it. The administration is already winding up and the people’s
quest for water is yet to be quenched.

From Ilorin to Offa, Share to Moro, Patigi to Edu and other local
government areas of Kwara State, the thirst of water remain the
greatest challenge and Kwara Must Change is propelled to demand for
proper explanation on the huge financial commitment without any
corresponding value.

Kwara Must Change therefore demand for proper explanation on why
almost N8Billion was committed into water project within the last 16
years without any result.

Specifically, the people want to know why the 90% completed water
project of late governor Lawal was not completed. We also want to
know, why 16years leadership of Bukola Saraki and Abdulfatai Ahmed has
not yielded any positive result in terms of provision of water. This
explanation is very important because almost N8Billion belonging to
the people of Kwara was expended on the imaginary water project.