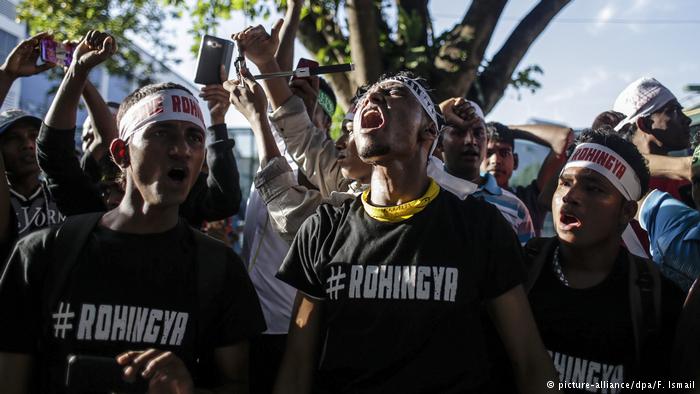 In a DW interview, ICG’s Tim Johnston said that Rohingya insurgency has links with Saudi Arabia and Pakistan, but the motivating force is not so much jihadist ideology as anger at the treatment of Rohingya in Myanmar.

The International Crisis Group (ICG) said in a report on Thursday that a group of Rohingya Muslims that attacked Myanmar border guards in October had links with Saudi Arabia and Pakistan.

In an interview with DW, Tim Johnston, the former Asia Program Director for the ICG, talks about the report’s findings and an increasing influence of Saudi Wahhabism among the Rohingya.

DW: The ICG report claims that the Rohingya insurgency has links to Saudi Arabia and Pakistan? What is the basis of your findings?

Tim Johnston: We have spoken to a number of people involved in the group behind the attacks, along with other sources. We have strong indications that much of the leadership of Harakah al-Yakin are based in Saudi Arabia – principally Mecca and Medina – although it is worth noting that, as far as we can tell, they are all of Rohingya heritage. We have also been told that Ata Ullah, one of the leaders on the ground, was born in Karachi before moving to Saudi Arabia. It seems that some of the fighters have received training in Pakistan or Afghanistan, but we have not been able to pin down the exact details.

Do the findings imply that the Saudi-Wahhabi version of Islam is also fueling Islamic extremism among the Rohingya community?

Given that the leadership lives in Saudi Arabia, it is clear that they have been exposed to Wahhabism, but we don’t think that this is the driving force behind the new insurgency. The motivating force behind HaY is not so much jihadist ideology as anger at the treatment of Rohingya in Rakhine state. Although the movement is backed by fatwas and a number of Islamic scholars, it is at heart motivated by local grievances rather than trans-national jihad like IS or al Qaeda. Read full article in DW