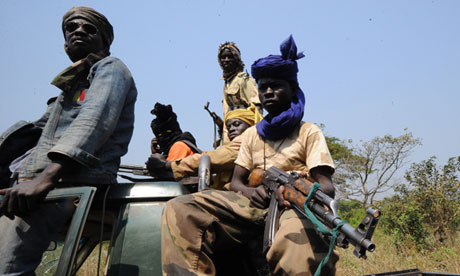 NewsRescue– Rebels have seized the presidential palace in the capital of the Central African Republic.

President Francois Bozize has crossed into the Democratic Republic of Congo.

South African says 13 of its soldiers were killed and 27 others wounded in fighting with rebels in the capital of the Central African Republic. President Jacob Zuma says that one soldier remains missing after the clashes that began Saturday in Bangui.