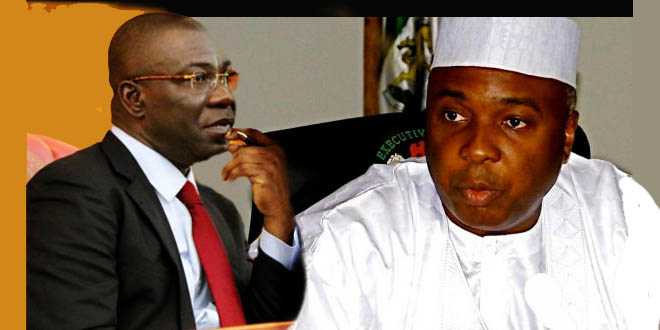 The Presidency on Sunday said President Muhammadu Buhari would not stop the prosecution of anybody indicted in the report of the Nigeria Police on the forgery of the Senate Standing Order.

The Senior Special Assistant to the President on Media and Publicity, Garba Shehu, said this on Sunday in an exclusive interview with one of our correspondents in Abuja.

Shehu said Buhari believed in the rule of law and would not do anything that would derail any judicial process, stressing that those who were constitutionally saddled with the process did not need the President’s clearance to do their job.

He said, “They do not need the President’s clearance to prosecute anybody found guilty of any investigation. President Muhammadu Buhari, as all Nigerians know, believes very strongly in the rule of law.

“The President will therefore not do anything that will stop the judicial process. He won’t stop it (the trial of suspects in the Senate forgery case).” Read full on Punch