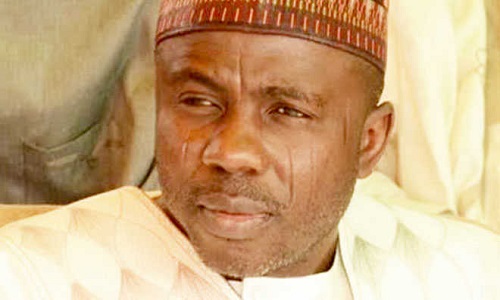 By Michael Olugbode in Maiduguri and Senator Iroegbu   in Abuja

Despite President Muhammadu Buhari and the Nigerian military’s repeated assurances to Nigerians and the international community that Boko Haram has been “technically defeated”, the senator representing Borno Central in the National Assembly and a member of the All Progressives Congress (APC), Senator Baba Kaka Garbai, has revealed that his state is divided in equal measure between the terror sect and the Nigerian military.

Garbai, who spoke to journalists on Saturday evening during a condolence visit to Dalori village where 65 persons were reportedly killed weekend before last by the insurgents, said the truth must be told that both Boko Haram and the Nigerian nation each have full control of three local governments in the troubled Borno State and both have a level of dominance in 21 other local councils.

Garbai, who arrived Dalori with financial and material assistance for the people of the village, said: “I feel highly demoralised, devastated in the sense that this is the village we visited during the election and they were going about their normal business. The activities that were ongoing were like confidence building.
“They actually got the signal a few days before the attack that the insurgents were likely to attack them, they reported this to the constituted authorities but nothing was done to provide security for residents and their belongings.”

The senator appealed to the military to intensify its efforts at beefing up security around villages and communities that share borders with Maiduguri metropolis.
“It is very important and more so that this place is porous, so there could be attacks from any direction,” he said.

On the perception being created by the federal government that the insurgents have been largely overpowered by the military, he said: “It is a wrong assumption that most of the local governments in Borno have been recaptured from Boko Haram.

“In reality, this is not true in the sense that apart from Maiduguri metropolis, Bayo and Kwaya Kusar, these are the three local governments that are under the occupation of the Nigerian government where the military and police are maintaining law and order.

Using Konduga as an example, Garbai claimed the local government’s secretariat was liberated but still has many communities in the area under the control of the insurgents.

He added: “Though Gwoza town has been liberated, there still remain six wards in Gwoza Local Government Area that are occupied by the insurgents.

“From my count, only three local governments are fully liberated, while 21 local governments remain partially occupied by insurgents – that is, there is still some level of Boko Haram occupation side by side the military or some other constituted authority.

On the proposed reconstruction, rehabilitation and relocation in the troubled areas, Garbai said it was not advisable for the government to commence reconstruction in devastated communities immediately.

“If the people are moved back to their homelands, you are making them vulnerable to attacks. Unless you provide maximum security and return law and order in these areas, relocating these people would be endangering their lives,” he warned.

However, Senator Ndume, representing Borno South, disagreed with his colleague, stating that a lot had been achieved by the military in retrieving captured Borno communities from the insurgents.

He also said it was not out of place to begin the reconstruction and rehabilitation of the destroyed communities.

He told journalists in Maiduguri yesterday that he still has confidence in the military. Read full on ThisDay