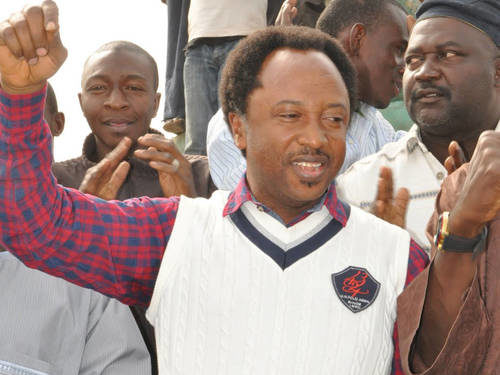 The senator pledged to donate a motorcycle to the security man in person of Bello Ummaru Besse of Usmanu Danfodiyo University Security Division when members of Students Representatives Assembly (the legislative arm) of the Students Union Government paid him a courtesy visit in his office at the National Assembly Complex Abuja last week. Presenting the motorcycle on behalf of the Senator.

The Chairman of the Congress and Speaker of the House, Students Representatives Assembly Students Union Usmanu Danfodiyo University Rt. Hon Abdurra’uf Aliyu Jari (Law 400) commend the efforts of the Security Man for his dedicated service to humanity. 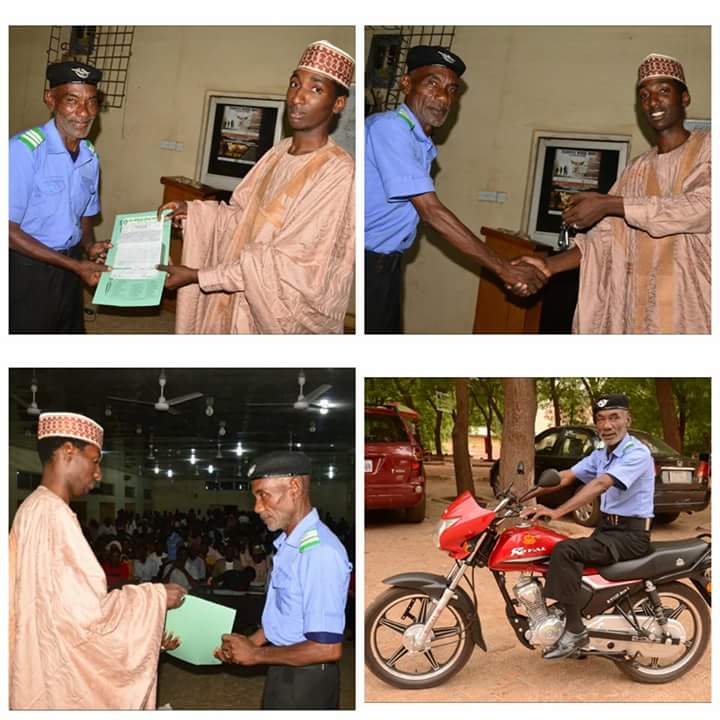 Bello Ummaru Besse thanked the Senator and Members of the Students Union for the well done job. He wished the Senator a success throughout his stay in the hallowed chamber.

“I didn’t expect this from the senator, I can’t hide my joy, people like them are few in the world, i am working for the University since 1994 as a security Man.

“I thank the University management and the members of the Students Representatives Assembly for giving me the opportunity of visiting the National Assembly Abuja and meeting some Distinguished Senators in person. I thank them all” Bello Ummaru Besse in his words.

The Students Representatives Assembly – Students Union Usmanu Danfodiyo University Sokoto, Thanks Senator Shehu Sani of Kaduna Central for the gift and wish him Allah’s divine guidance throughout his stay in this world.