Access to Justice, an advocacy group that promotes integrity and accountability in legal and judicial institutions, has slammed the Kaduna State government for its failure to prosecute army officers involved in the killing of members of the Islamic Movement of Nigeria.

In a statement issued Monday, the group said the government had gone ahead to commence prosecution of over 200 members of the Shi’ite group way before a judicial panel it instituted submitted its final report.

“It is extremely disquieting that the Kaduna government would rather arrest and prosecute over 200 persons for the death of one soldier, than charge one soldier for the death of well over 348 residents of Kaduna State,” Access to Justice said in the statement issued by its Executive Director, Joseph Otteh.

“A democratic, constitutional government means that the government is not at liberty to prefer one life above another, or to make judgments on the value of each person’s life based on ethnicity, faith, status or institutional affiliations, but must offer equal protection to Nigerian citizens.

“It means that the government must provide equal protection of the law to all citizens and, therefore, hold accountable in equal measure, any persons who have caused or contributed to the loss of any life.”

A deadly clash between and army convoy and members of the IMN left hundreds of the sect members dead.

A judicial panel set up by the Kaduna State governmemt following the incident submitted its findings on July 15th, stating that the General Officer Commanding the Nigerian Army’s 1st Division, Adeniyi Oyebade, a major general, authorized a military operation that massacred at least 347 members of the Shi’a Muslim group. 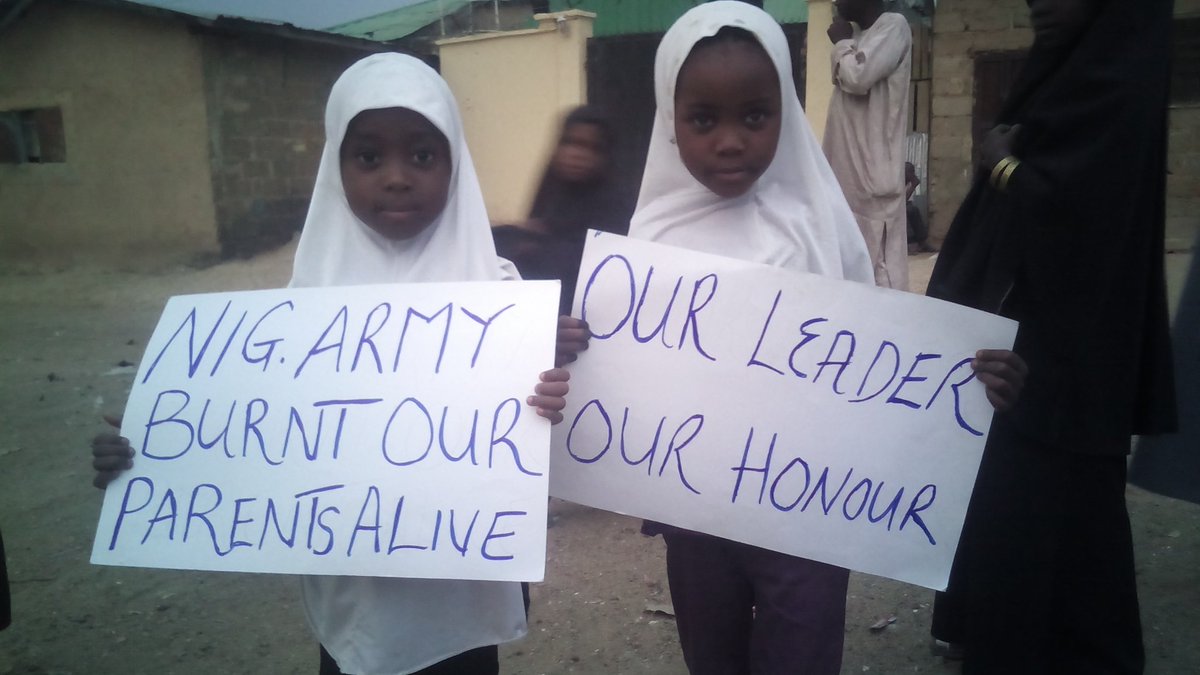 According to details of the panel’s report published exclusively by PREMIUM TIMES, the commission recommended that Mr. Oyebade, A.K Ibraheem, a colonel, and other military officers “be brought to trial before a court of competent jurisdiction.”

Already, the Kaduna State government has arraigned 81 members of the Islamic sect before a High Court in the state over charges of culpable homicide, unlawful assembly, disturbance of public peace, and wrongful restrain punishable under the Penal Code Law and Laws of Kaduna State, 1999.

The trial began amidst concerns by the sect over the “deteriorating health” of their leader, Ibraheem El-Zakzaky, who has been held by the government since December last year.

Access to Justice said the government must begin the prosecution of indicted military officers with the same vigour it had done members of the Shi’ite movement.

“The government cannot determine which life is worthy of protection and whose is not,” the group said.

“It means the government is not at liberty to let some citizens live above the law and outside of it, and compel others to live under it. It means that there are no second class citizens of Nigeria.

“It means that justice must be equally and evenly rationed to all citizens alike, whether they are soldiers or civilians.

“Unfortunately, the Kaduna State government, by prosecuting only members of the Shiite movement for the death of one soldier and remaining taciturn over the countervailing claims of justice for the deaths of hundreds of Shiite members shows it has taken sides, not only in the conflict, but in how to account for the horrendous loss of lives in that conflict.”

“The Kaduna State government must now bring criminal charges for unlawful killing against the General Officer Commanding the Nigerian Army 1st Division in Kaduna, Major General Adeniyi Oyebade, and Colonel A.K. Ibraheem as well as others who the Justice Garba Panel implicated in the deaths of hundreds of IMN members.

“This is the only path to justice following from this
unfortunate incident.

“A failure to prosecute Military Officers Implicated in Shiite Killings will be grave, atrocious injustice. Nigeria cannot adopt an ‘apartheid’ system of justice in a constitutional democracy.”