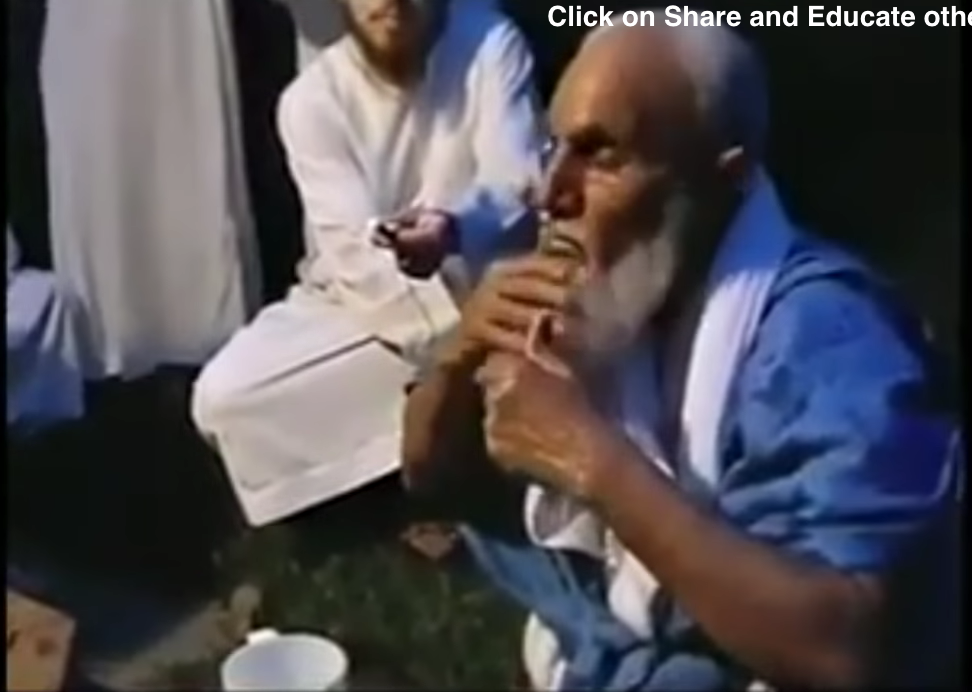 This viral video has been described as the best video that teaches the Islamic way to make ablution. The elder who demonstrates describes that he learned it as a practical and oral narration from his father and from his father’s father and so on all the way up to the Prophet of Islam, Mohammed ibn Abdallah (saw).

It is debated that in following the Sunnah of the Prophet of Islam, it was not meant to be written as books but meant to be taught orally as this man did and as most Muslims learn ablution and prayer from others and not from the written hadith books.

The Prophet of Islam is narrated to have said,

Abu Sa’id Khudri reported that Allah’s Messenger (may peace be upon him) said: Do not write anything from me, and he who took down anything from me except the Qur’an, he should erase that AND narrate from me, for there is no harm in it and he who attributed any falsehood to me−and Hammam said: I think he also said:” deliberately” −he should in fact find his abode in the Hell−Fire. (Source: Sahih Muslim Book 42, Number 7147)

Narrated by Zaid ibn Thabit Al-Muttalib ibn Abdullah ibn Hantab said: Zaid ibn Thabit entered upon Mu’awiyah and asked him about a tradition. He ordered a man to write it. Zaid said: The Apostle of Allah (PBUH) ordered us not to write any of his traditions. So he erased it. (Source: Sunan of Abu-Dawud Hadith 3640)

Narrated Ibn ‘Abbas: When the time of the death of the Prophet approached while there were some men in the house, and among them was ‘Umar Ibn al-Khatttab, the Prophet said: “Come near let me write for you a hadith after which you will never go astray.”‘Umar said: “The Prophet is seriously ill, you have the Qur’an, so Allah’s Book is sufficient for us.” The people in the house differed and disputed. Some of them said, “Come near so that Allah’s Apostle may write for you a writing after which you will not go astray,”while the others said what ‘Umar said. When they made much noise and quarreled greatly in front of the Prophet, he said to them, “Go away and leave me.”Ibn ‘Abbas used to say, “It was a great disaster that their quarrel and noise prevented Allah’s Apostle from writing a hadith for them. (Sahih al-Bukhari Hadiths: 9.468 and 7.573)