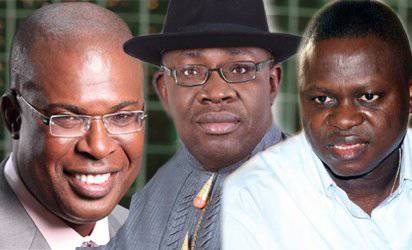 Nigerians are asking for the “custodian of the nation’s democracy,” Chief of Army Staff, Lt. general Tukur Buratai as thugs disrupt the supplementary polls in Bayelsa once again.

Vanguard reports that  at Otuopoti community  in Ogbia Local Government, “thugs also snatched INEC voting materials and threw them into the river before soldiers shot into the air to scare them away. The materials were later retrieved from the river.”

How can there be so much security presence, yet such level of lawlessness @#BayelsaDecides?

Sporadic shooting also disrupted the poll in Amatolo, but “President” Buratai’s men did not make any arrest or kill any politician-hired perpetrators of the violence and attempts to disrupt the democracy.

Roni commented rhetorically, “How can there be so much security presence, yet such level of lawlessness?”