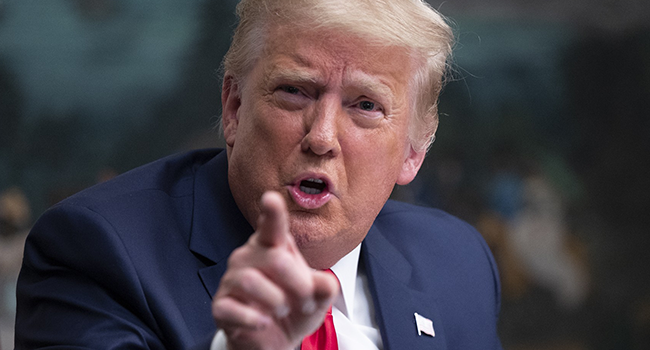 Former US president Donald Trump on Friday hailed the sale of Twitter to tech billionaire Elon Musk, but declined to commit to rejoining the platform.

Musk, the world’s richest man, saw his $44 billion bid to buy the company concluded late Thursday after months of uncertainty and speculation.

“I am very happy that Twitter is now in sane hands, and will no longer be run by Radical Left Lunatics and Maniacs that truly hate our country,” Trump said on his own Truth Social platform.

Musk has indicated he would lift Trump’s Twitter ban, imposed in the wake of the 2021 assault on the US Capitol that the Republican leader is accused of inciting.

But Trump did not say whether he intended to make a comeback from his Twitter exile and refused to comment on the issue in a subsequent interview with Fox News Digital.

Trump told the cable network he liked Musk and wished him luck, adding: “I don’t think Twitter can be successful without me.”

Most observers believe the 76-year-old real estate magnate will be unable to resist the allure of regaining the giant online megaphone on which he once boasted more than 80 million followers.

He has just over four million on Truth Social, which he founded in October last year.

A return to Twitter in the days ahead of the November 8 midterm elections could impact the race, giving him a broader audience for his posts disparaging candidates and baselessly claiming election fraud in outcomes he doesn’t like, as he did after his own defeat in 2020.