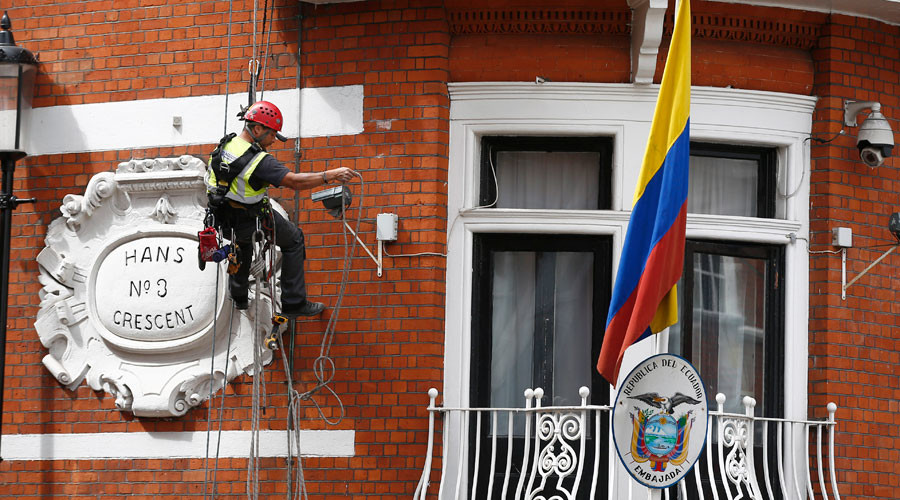 Social media users are in a panic after WikiLeaks said an unknown man had climbed the Ecuadorian embassy in London where Julian Assange has been staying for four years. Users suggested that it was probably an assassination attempt, “ordered by Clinton.”

“…At 2:47am an unknown man scaled the side wall [and the] window of the Ecuadorian embassy in London; fled after being caught by security,” a statement from WikiLeaks said early Monday morning.

Later the group said that the intruder was “male” and he climbed the Ecuadorian embassy where “Assange has asylum.” –RT