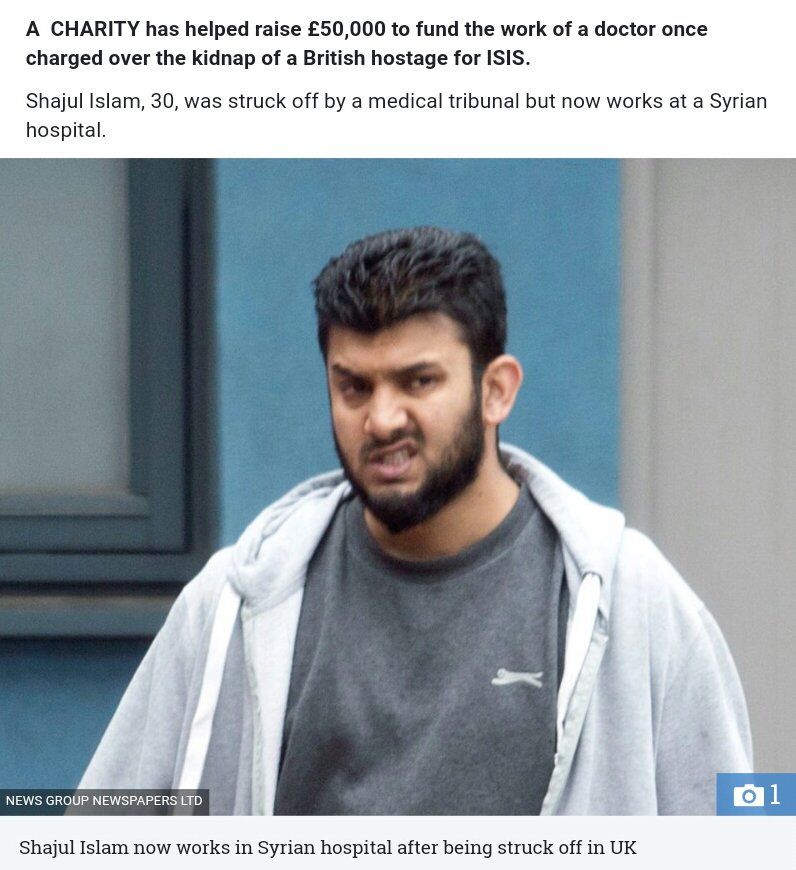 By Robert Verkaik for MailOnline

A British doctor struck off by the NHS who was accused of kidnapping Western journalists has fled to Syria and is treating bomb victims, including jihadis.

Shajul Islam was arrested and charged with kidnapping two journalists in 2012 but was released after the trial collapsed when neither of the prosecution’s witnesses were able to give evidence.

Dr Islam had always protested his innocence, saying he went to Syria to use his medical skills to treat victims of the civil war. Dr Islam was accused of kidnapping Western journalists in Syria in 2012, but cleared when the case collapsed Dr Islam had always protested his innocence, saying he went to Syria to use his medical skills to treat victims of the civil war. Now he is back in Idlib, northern Syria and says he is helping victims of bombing campaigns ‘You can’t imagine the number of casualties and we don’t have enough doctors to look after them,’ he said

Now he has appeared in a video filmed in Idlib, in northern Syria, where he claims to be providing medical help to the victims of Syrian and Russian airstrikes. 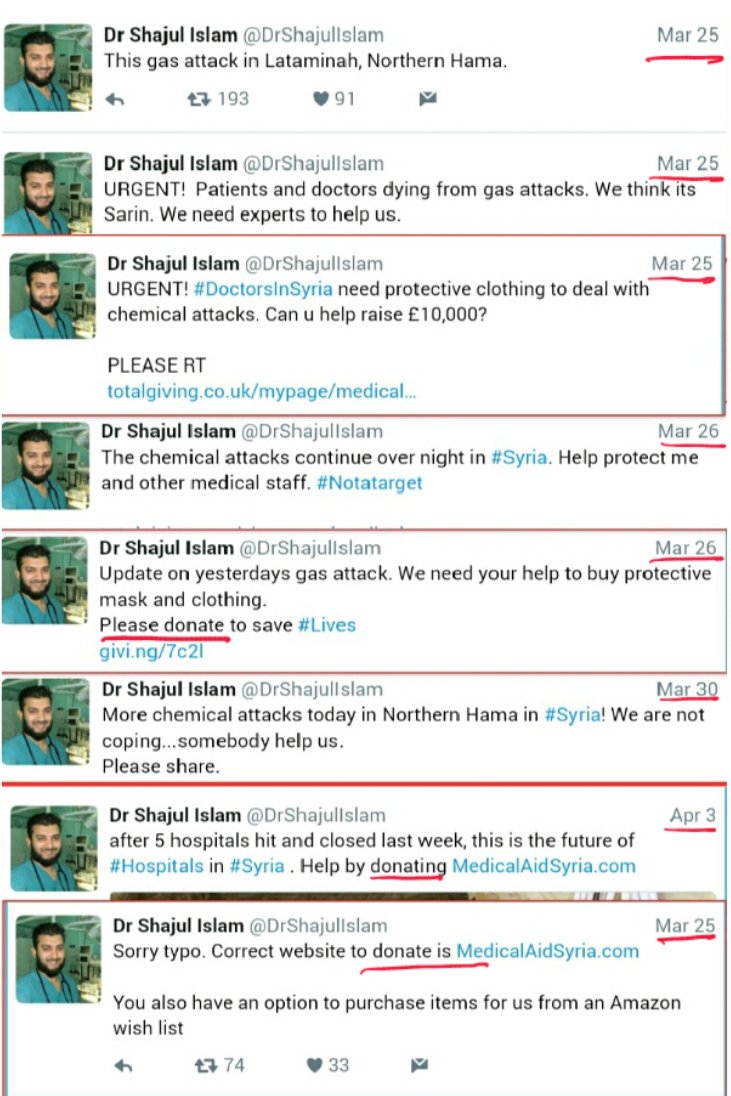 Islam, from East London, who qualified at the University of London and worked as a doctor at St Bart’s hospital, is currently removed from the medical register after a fitness to practise hearing at the General Medical Council in March. Cleared: The prosecution was forced to fold when their two key witnesses were unable to give evidence

After the criminal case against him collapsed, and he was found not guilty, he faced close monitoring by the security services.

The video published on YouTube yesterday for citizen journalist site On the Ground News, shows Islam wearing hospital scrubs and a stethoscope.

He tells American journalist Bilal Abdul Kareem that he is one of very few foreign doctors treating civilians injured in air strikes in north Syria.

Asked why he has come to Syria, Islam replies: ‘I’m a doctor. There’s a serious shortage of doctors. Anyone who is a doctor needs to be here. I don’t understand why anyone who is sitting in England or Europe or America isn’t here.’

According to a GMC report, a secret tribunal panel heard the disciplinary case against Islam in March this year and banned him for misconduct. The hearing was held in private so the details of the misconduct are not publically known.

Islam told Kareem that the situation in Syria was ‘crazy’.

‘You can’t imagine the number of casualties and we don’t have enough doctors to look after them,’ he said.

‘From my perspective 80 per cent of the victims are women and children. The air strikes are not hitting terrorists they are hitting innocent civilians. Imagine you are sleeping at home with your family and you are hit by an airstrike.

@maytham956 Hmm…’Patients are flooding in’ YET this ‘doctor’ (seems the main source of ‘gas attack’) has time to film, tweet and videocalls…#Syria pic.twitter.com/SfLOfjE2pG

‘Whole families are being wiped out while they are sleeping. We are seeing on a daily basis 10, 20, 30 people being killed by these air strikes. I want you to picture this: your family, your loved ones, your wife being killed.’