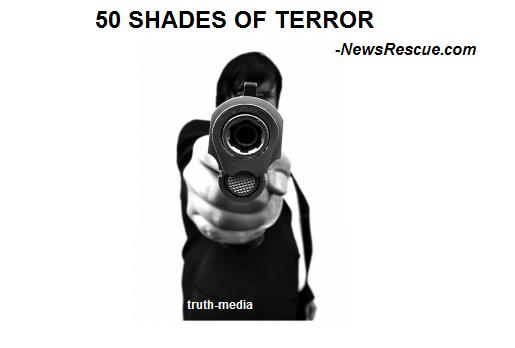 At least six people have been killed in a shooting spree in the city of Santa Monica in the US state of California, and one gunman was also killed by the police.

The black-clad gunman shot and killed six people on Friday before the police killed him in a shootout in the Santa Monica College library, Santa Monica Police Chief Jacqueline Seabrooks told reporters at a press conference.

“At this hour, it appears at least a half dozen are dead and as many as two or three are injured,” Seabrooks stated.

The rampage started at a house in the coastal city before the gunman, wearing a bullet proof vest, made his way to Santa Monica College, he added.

Related: NewsRescue-Over 5 US White Males Caught With Bombs and IED’s Within Month of Boston Bombing

Seabrooks said that the attacker killed two people in the house, which he then set on fire, two more people on his way toward the college campus, and then another two people on the campus.

Then the shooter entered the library and fired randomly at people but could not hit anyone, the Santa Monica police chief stated.

“The officers came in and directly engaged the suspect, and he was shot and killed on the scene,” Seabrooks added.

“We are not convinced 100 percent that the suspect who was killed operated in a solo or alone capacity,” he said.

One female witness identified the suspect as a white male, 25 to 30 years old, armed with an assault rifle and an ammunition belt.

Every year, more than 30,000 people are shot and killed in the United States.

The US averages 87 gun deaths each day as a function of gun violence, with an average of 183 injured, according to the University of Chicago Crime Lab and the Centers for Disease Control.

The year 2012 was a record setting year for gun sales in the US.

About 4.5 million firearms are sold annually in the United States at a cost of 2 to 3 billion dollars.

On December 14, 2012, twenty children and six adult victims were fatally shot by a gunman — who later killed himself — at the Sandy Hook Elementary School in the town of Newtown in the US state of Connecticut. Earlier in the day, the assailant killed his mother in another location.

There have been reports that the twenty-year-old killer, Adam Lanza, suffered from a personality disorder, was on the antidepressant Prozac, and was fond of first-person shooter games.