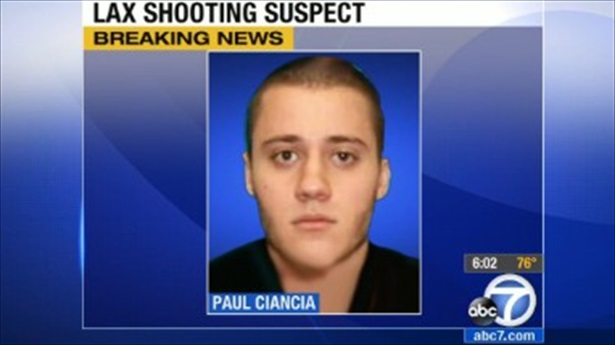 According to reports, Paul asked people if they were TSA agents, when they responded “no,” he moved on till he found “an agent” and fired at him.

It is not certain if he killed the TSA worker, Gerardo I. Hernandez, 39, who died in the incident or if it was the fire fight that ensued with Law enforcement that killed the agent.

Allegedly his bag contained a note that he was going to kill “TSA and pigs,” “Pigs” refers to police. He also wrote that TSA searches violated his constitutional rights.

It is also said that he had a note in his bag that mentioned the NWO (New World Order) and sent a text to his siblings about his intention on suicide.