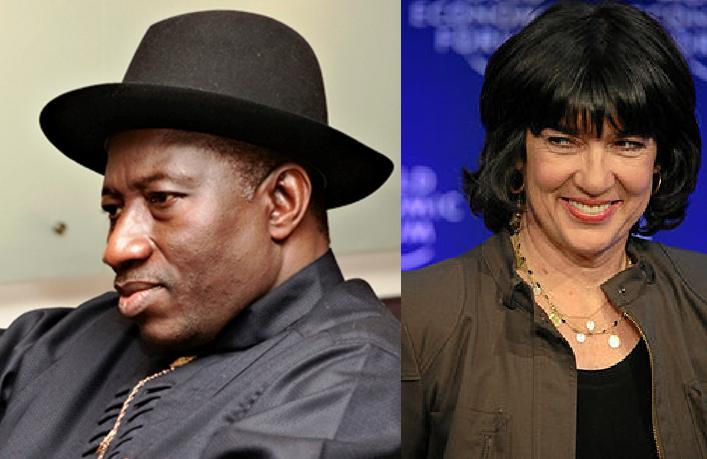 CNN’s Christiane Amanpour, who interviewed the president a fortnight ago, said she received torrents of tweets from Nigerians after President Jonathan said during the interview that electricity had tremendously improved.

Speaking from Davos in Switzerland where he was attending the World Economic Forum, the president had told Ms. Amanpour power was one area “Nigerians were really impressed with my administration.”

“I would have loved that you ask the ordinary Nigerian on the streets of Lagos, Abuja or any other city this question about power,” the president told Ms. Amanpour. “That is one area Nigerians are quite pleased with the government that our commitment to improving power is working. So if you are saying something different, I’m really surprised.”

“That is one area civil society leaders agree that government is keeping faith with its promise.”

Reactions denying that claim soon followed on Twitter, even while the interview aired, with some Nigerians also affirming the president’s position.

Ahead of her Monday evening programme, Ms. Amanpour said she continued to receive so much reaction on Twitter that she set up the CNN “Open Mic” in Lagos, to seek reactions from everyday Nigerians.

“Pres. Goodluck Jonathan’s comments to me about power probs sparked so many tweets that CNN set up an Open Mic in Lagos,” Ms. Amanpour tweeted earlier, before following through with “Our OPEN MIC report has every-day Nigerians telling us about the power situation in their country.”

The second spur for the outrage, she said, was Nigerians drawing comparisons with the 35 minute power outage during Sunday’s U.S. top sporting event, the Super Bowl.

“Received so many tweets from #Nigeria about #SuperBowl power outage that we decided to include them in the show tonight on,” Ms. Amanpour said.

Visual she later aired showed the reactions from the streets of Lagos, which the president spoke about, again repudiating the president’s position.

A woman told the CNN crew, “There’s (no) electricity for about three weeks now. You can’t even put anything in the fridge because it spoils. You have to eat everything or you’ll be in trouble.”

On the Twitter, CNN posted reactions from Nigerians who mockingly contrasted Americans witnessing a outage for just 35 minutes, and Nigerians enduring same for days, even weeks.

“If they had the Super Bowl in Nigeria, the power coming back on would be the real surprise,” one tweet said.

The reactions only trained the platform for a fierce debate on the social media, and online fora.

Related: NewsRescue- Nigeria: On the Brink of a Political Youth Revolution

By Tuesday noon, the post on CNN Amanpour blog had drawn 107 comments, with Nigerians either backing the president, or denouncing his claims. On Twitter, majority of comments denied that electricity had improved.

An aide to the president on social media, Reno Omokri, followed in the background with suggestive tweets highlighting the “achievements” of the president.

“Fixing decades old problems take time. You don’t go to the gym do a set of bench presses and expect muscles. There’s a law of process,” Mr. Omokri wrote.

“Some may disagree that poverty is reducing, but it’s not a lie according to the World Bank poverty in Nigeria reduced from 48 to 46%.

“Some may disagree our economy is expanding, but it’s a fact not a lie. Nigeria is not rich but is one of the world’s fastest growing economies,” he added. Story from PremiumTimes