A leader of the Oodua Peoples Congress, Frederick Faseun, has said that the multi-million naira contract to secure oil pipelines in the South West region was awarded to the group two weeks ago.

Speaking during an interview with Vanguard newspaper, Mr. Faseun insisted that it was the Nigerian National Petroleum Corporation and not President Goodluck Jonathan who awarded the contract.

“That contract is supposed to have been awarded three to four years ago,” Mr. Faseun said. “And as I’m talking to you now, there are over 3,000 youths along the pipeline.

“And for the first time, today is the third day they have worked there, there have been no sign of vandalisation since they started work as was in the past when NNPC was losing N7 billion every month to vandalisation. 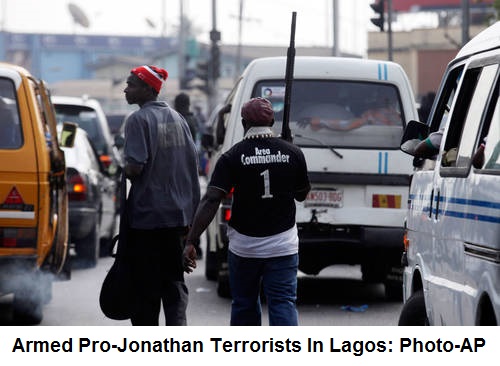 “We applied to be given that contract in October 26, 2010, and politicians were making campaigns of calamity against it and I kept my cool. But NNPC must have realised that it is now becoming unbearable losing N7 billion every month.”

Mr. Faseun, a staunch supporter of President Jonathan, described claims that the president used the contract to buy his support as “a very ugly rumour”.

“The story came from politicians who don’t want anything good for the youth of this country,” said Mr. Faseun, who is also the National Leader of Unity Party of Nigeria.

“I am not going to work on the pipelines, it is the youths who are there; 3,000 of them are there already some days ago and they must have increased in number now.

“Mind you, that number leaves a dent on unemployment statistics. It causes a ripple effect on the citizenry because each of those working on the pipeline has family to take care of.

Mr. Faseun’s claims, however, differed from that of Gani Adams, another leader of the OPC, who singled out President Jonathan for his gratitude for awarding them the contract.

“What I know is that President Goodluck Jonathan gave us a contract to protect pipeline and in that pipeline contract, the analysis is that Nigeria is losing N1.3 trillion naira every year to vandals,” Mr. Adams said during a press conference last Tuesday.

“And when you see how much they will pay us for a year, in six zones – we have three zones in the south west, three in south south. I have only one in south west; Dr. Faseun has one and another guy in Ondo has one.

“The entire money NNPC will spend for us to protect the pipeline is not up to N4 billion for the six zones.”