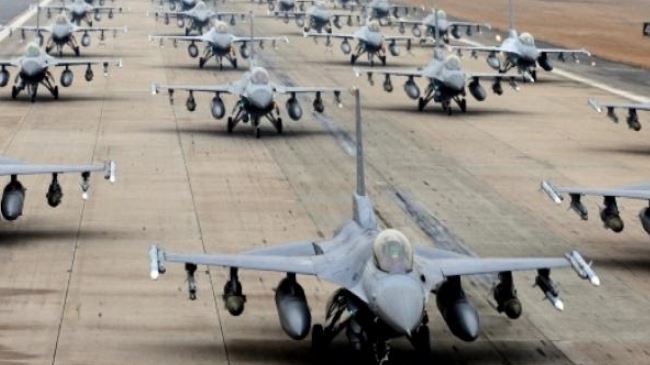 The US government is ‘urgently’ considering air assaults on Iraq and Syria in an attempt to flush out the al-Qaeda-linked Takfiri militants operating in the two countries, a US official says.

The unnamed official, quoted by the Guardian, said on Friday that the White House was “urgently and expediently” considering military action to halt the rapid advance of the so-called Islamic State of Iraq and the Levant (ISIL).

The revelation comes one day after US President Barack Obama said there are “some short-term, immediate things that need to be done militarily,” signaling a new openness to returning the US to war in Iraq.

According to unnamed officials, the Obama administration is examining an air assault using air force or navy warplanes and drone strikes, but manned aircraft are said to the preferred option, owing to their superiority against moving and maneuverable targets.

Meanwhile, a Pentagon official, speaking on condition of anonymity, told the Guardian that the ISIL “is now across the border,” adding, “It is possible to take out the head, you’ve got to take out the heart…. Everything is being looked at.”

US Secretary of State John Kerry said in London that the Obama administration would make a decision quickly about action on the ISIL terrorists, adding, “I am confident the US will move rapidly and effectively to join with our allies in dealing with this challenge.”