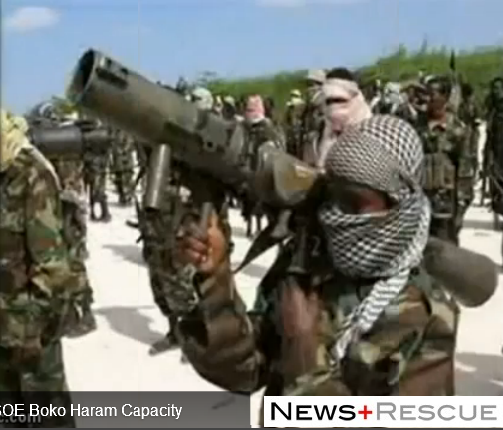 NewsRescue– According to breaking news from the BBC, 30 government secondary school children were killed, along with one teacher in Mamudo, Yobe state. Many were injured and some pupils were burned alive. Boko Haram are a fanatical Muslim terrorist organisation, operating out of Nigeria’s north east, that have killed over 5000 innocent Nigerians in the last 4 years. Nigeria’s government waged a full war against Boko Haram May 14th, since then the group has been reasonably quarantined and frustrated. Nigeria’s youth, in a group popularly called the “Civilian JTF,” has also made great gains against Boko Haram by rounding up terrorists.

Media investigations have implicated a former Nigerian NSA, Aliyu Mohammed Gusau, aka, die-to-rule spymaster Gusau, as the chief sponsor of this terrorist organisation. Gusau, a US informant with several recorded wikileaks “spy” communications with US government, has been desperate to rule Nigeria, and resigned under Jonathan’s administration to contest in elections, before the PDP party selected Jonathan. His desperation to rule, supported by a belief form his voodoo seers, is believed to be responsible for his sponsoring Boko Haram. Gusau has also recently been linked with “Hezbollah” arms found in Nigeria.

It is interesting to note that one of the most brutal members of Nigeria’s most brutal Babangida regime, Gusau, has always found a way to sneak back into government as the top security man, and has also maintained powerful political ranks. His being an American informant, with strong connections to the American government, may not be unconnected with this dangerous Babangida fellow, remaining free and in power.