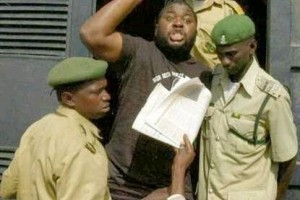 The Bayelsa Government has sent 250 youths from the state on automobile technology, cinematography, photography and design in a bid to patronize the academy set up by former Niger Delta militant, Asari Dokubo, one of President Jonathan’s supporters for his re-election bid in 2015 polls.

The scheme was announced in Yenegoa at a reception for 200 Bayelsa graduates of a six- month agricultural training programme at the Songhai Integrated System, Cotonou.

The training programme will be held at the Amachree Royal Academy, Benin Republic, which is owned by ex-militant leader,  Alhaji Asari Dokubo.

Although the cost of the contract was not disclosed, SaharaReporters gathered that the scheme is calculated to empower Dokubo for the job of harassing Mr. Jonathan’s opponents before the 2015 Presidential Polls.

It will be recalled that the ex-militant leader had a brush with the authorities in Benin Republic last week, but was released days later following the intervention of Nigeria leader Goodluck Jonathan.

At the reception, which also doubled as a send-off orientation for the 250 youths going for the vocational training, Dickson declared his administration’s commitment to youth empowerment, and charged them to take their training seriously.

The State Commissioner for Agriculture, Dr. Thomas Commander, congratulated the graduates for the successful completion of the programme in spite of some challenges.

He expressed the state government’s desire to engage some of the graduands, but disclosed that those who intend to be self-reliant, would be encouraged and supported by the government.

Also speaking, the Commissioner for Science and Technology, Mr Parkinson MacManuel, said the 250 trainees would depart for Benin Republic on Dec. 1.

Benin Arrest: “I Was Linked With Boko Haram, Jonathan Got Me Out” — Dokubo

NewsRescue- Asari-Dokubo is a leader of the Niger Delta MEND terrorist group, who issued direct threats at the Benin government for arresting Dokubo, without even knowing why he was arrested. Most Niger Delta rebels accepted a government amnesty package constructed by the late President Umar Yar’Adua, Dokubo and a few members however did not accept the amnesty, meaning they are still officially deemed as anti-Nigeria active terrorists.