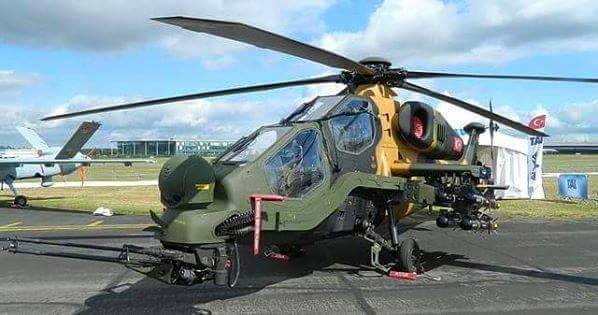 Unconfirmed reports have it that for the war against Boko Haram, Nigeria’s Buhari government has ordered the T129 Attack copter, expected to arrive in three months.

According to Wikipedia, the TAI/AgustaWestland T129 is an attack helicopter based on the Agusta A129 Mangusta. The T129 was developed by Turkish Aerospace Industries (TAI), with AgustaWestland as the primary partner. The helicopter is designed for hot and high environments.

The Turkish Army formally inducted the first nine T-129s into service in May 2014.

On 25 April 2015, two T-129s were used in combat for the first time in a counter-terrorism operation in the Turkish province of Siirt.