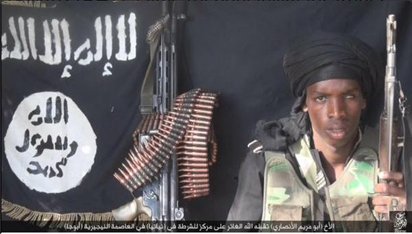 Following last Friday’s multiple suicide bombings in Nyanya and Kuje areas of Abuja, which left 18 people dead and 45 injured, Boko Haram militants, claiming loyalty to Islamic State (Isis), in a statement, yesterday on Twitter, said they were behind the bombings.

Recall that sometime in March 2015, Boko Haram renamed itself Islamic State’s West Africa Province (Iswap). The leader of Isis, a militant group that controls parts of Syria and Iraq, however accepted the pledge of allegiance from Boko Haram, in May 2015.

Eventhough, the authenticity of the statement, which issued under the name Iswap, could not be verified, the group released the photos of three male suicide bombers who it said were behind Friday’s deadly attacks.