Out of the 1000+ brothers and sisters of the Islamic Movement killed by the military in Zaria, only two bodies have been released for burial; the second one buried on Thursday 07/04/16.

Idris Khalid, 50, was buried according to Islamic rites at Tudun wada cemetery ground in Kaduna with hundreds of people in attendance.

He was shot and fatally wounded when the military open fire on brothers of the Islamic Movement at Sheikh Zakzaky’s residence in Gyallesu, Zaria.

Though he didn’t die on the spot, he was among those arrested by the army and handed over to the police in Kaduna.

However, after just 3 days in police custody, he was pronounced dead, most probably due to lack of medical attention, and was held in custody since then.

Idris Khalid, a native of Duhu village in Katsina, died living three wives, but no children.

Human Rights watch, an international human rights group is reported to have said that over 300 people were killed by the military in Zaria between 12-14 December, 2015.

The military has been disputing the number of people it killed, with the Chief of army staff, Lt. Gen. Buratai telling National Human Rights commission in Abuja that only seven people were killed. 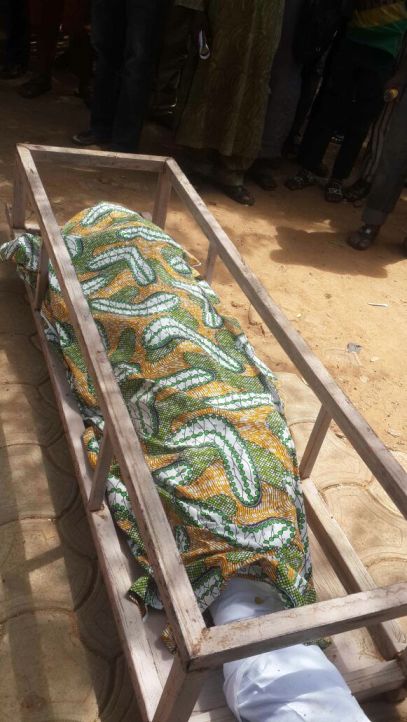 The Islamic Movement in Nigeria has published a list of almost a thousand people who have been declared missing since the army’s pogrom in Zaria, and among it’s demands is that the army should hand over the corpses of those it killed to their relatives for proper Islamic burial, though there are reports that most of them have been burnt by the military and others buried in mass graves around Kaduna.