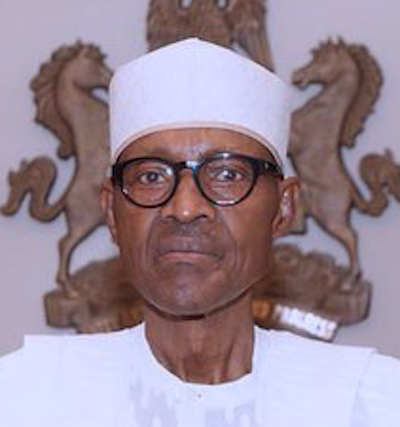 President Muhammadu Buhari has re-nominated an 82-year old retired justice, Sylvanus Nsofor, over a month after his nomination as a non-career ambassador was rejected by the Senate.

Mr. Nsofor, from Imo State, was one of the 46 non-career ambassadorial nominees named by Mr. Buhari in January; but his nomination alongside that of Jacob Daodu, Ondo State, wasrejected  by the Senate in March following adoption of the report of its committee on foreign affairs which had screened the nominees.

“Although he was calm at the screening, he looked frail and tired. His responses to the issues raised were either not answered or devoid of details and mostly satirical,” observed the report of the committee on March 23.

The chairperson of the committee, Monsurat Sunmonu, APC-Oyo, also noted that Mr. Nsofor, during his screening, refused to recite the national anthem and questioned Senators’ reason for asking him for the recital.

According to Mrs. Sunmonu, the 82-year-old judge pushed back a question on his suitability for the job of an envoy based on his age.

Mrs. Sunmonu quoted the nominee as saying the Senate should ask Zimbabwe’s President Robert Mugabe how he was leading his country despite his very advanced age.

But despite his earlier rejection, with the observations raised by the Senate, Mr. Nsofor was renominated for confirmation on Wednesday.

The President also nominated two other persons for confirmation as non-career envoys.

Mr. Buhari nominated Olusola Iji to replace the earlier nominee from Ondo, Mr. Daodu, who was rejected over negative report submitted by the State Security Service.

Mr. Hassan had been confirmed ambassador-designate, before he was nominated minister to replace Amina Mohammed who is now with the United Nations.

In another letter to the Senate on Wednesday, Mr Buhari, sought confirmation for the appointment of five persons as non-executive directors on the board of Central Bank of Nigeria.

Mr. Buhari, in another letter, asked the Senate to screen and confirm James Momoh as Chairman of National Electricity Regulation Commission.

In sum, on Wednesday, the President sent four letters to the Senate. Apart from the three on nominations, Mr. Buhari, in the fourth letter, sought approval to obtain loans from the World Bank and China to fund railways projects and tackle problems in the north-east.