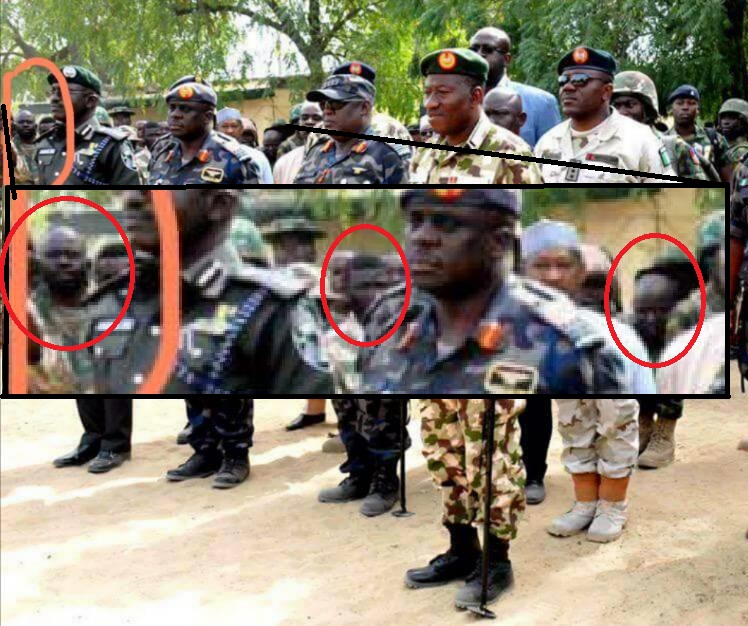 A suspected Boko Haram member in military uniform has been spotted in the images of those who welcomed president Goodluck Jonathan in Baga this week.

Studying the pictures with highlights, one notices the bearded man among some unusual looking men in uniform on the far left of the image.

Posed: Who is that bearded man in military uniform? Is he not a Boko Haram terrorist or was Asari-Dokubo part of the President visit to Baga? Who are the weird men in uniform on the left flank?

We must remind our readers that the military does not ever allow such a huge massive beard. The questions being asked are: Why did President Jonathan not visit Baga with journalists from renowned newspapers to give the visit huge publicity especially in light of the recent holocaust in that area? What is Goodluck Jonathan hiding from Nigerians? Who is that heavily bearded military man? Who are the other unusual men in army uniform on that side of the welcome pavilion? Was the visit a meeting between Jonathan and the terrorists’ leaders? What did they discus?

NewsRescue commentators said: We believe when they were taking the shots it never occurred to them that the bearded man in military uniform will appear and raise suspicions. And Nigerians should demand the military to tell us who those men are.

Nigerians demand answers,- if this was a negotiation meeting with Boko Haram or something because that was how Jonathan first lied that the meeting with Chadian president Idriss Deby last September was about ‘arms smuggling’ before later admitting after NewsRescue figured it out and exposed it, that the meeting was actually when they negotiated the scam ceasefire that led to thousands of Nigerian deaths. We need the truth. Did president Jonathan go to Baga to meet with Boko Haram terror leaders? 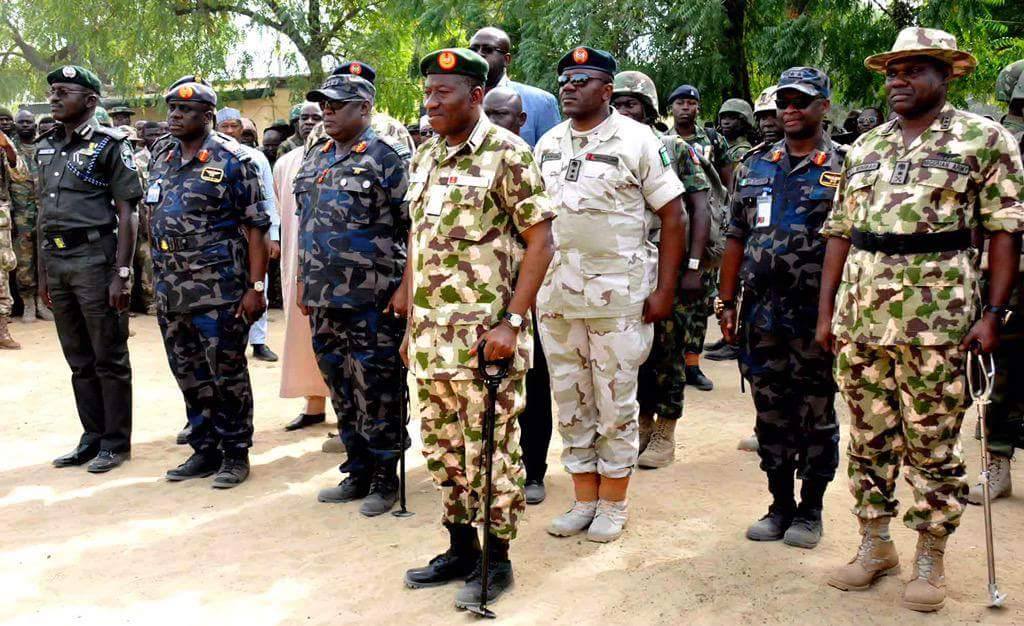 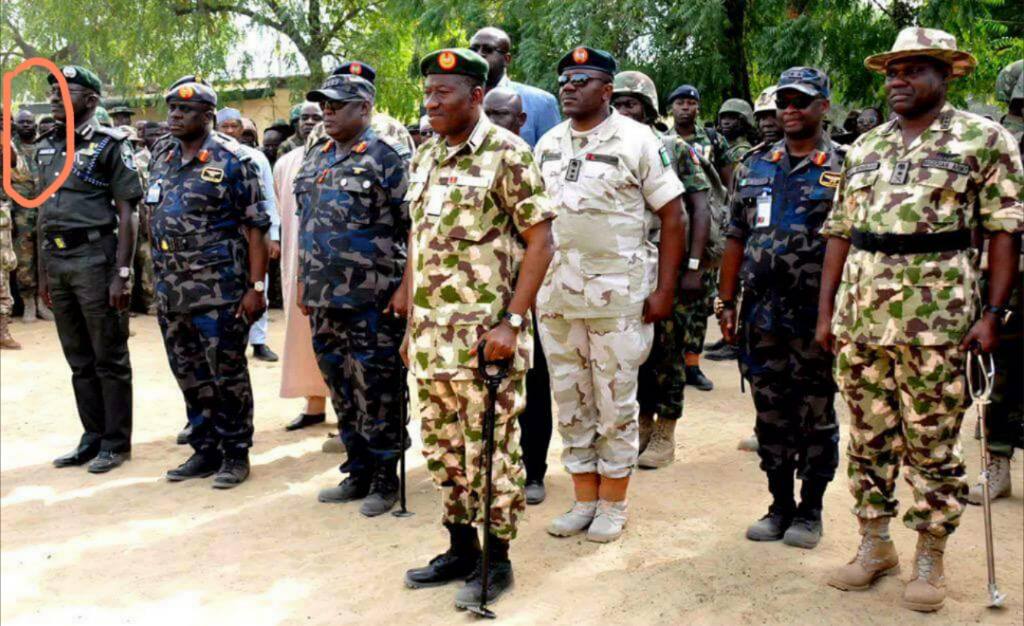