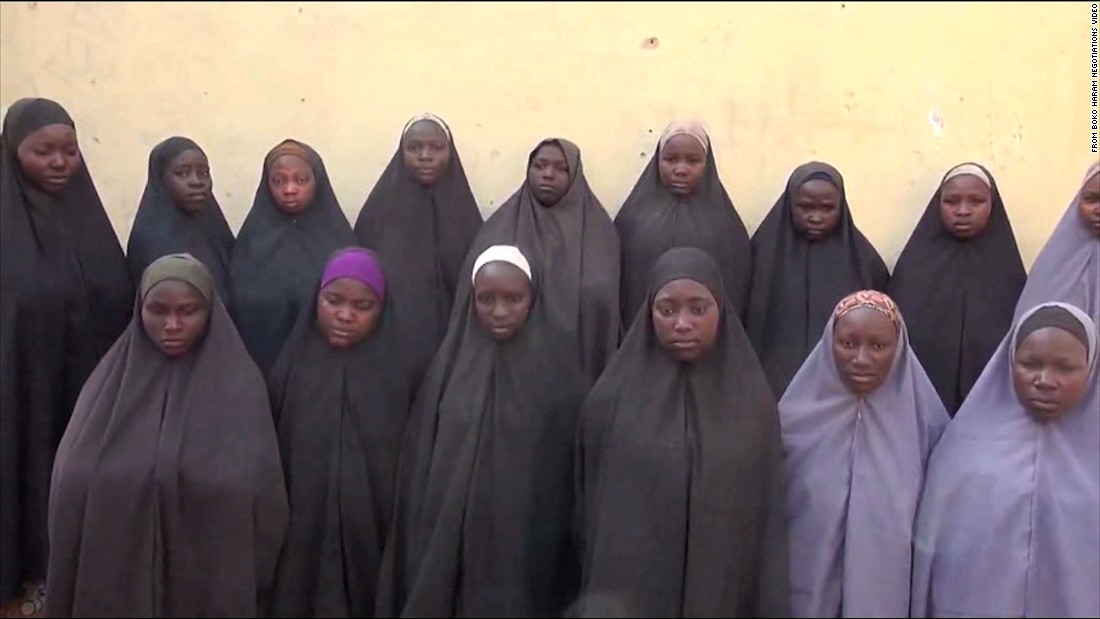 Amina Ali Mkeki, one of the Chibok girls infamously kidnapped by Boko Haram in 2014 has been rescued near Sambisa Forest, government sources and activists have told SaharaReporters.

Amina was found in the Kulakeita area in the company of her Boko Haram husband, and was immediately rescued by vigilantes who handed her over to Nigerian troops in Damboa.

She reportedly told the soldiers that six of the girls have died, while the others have been married off to Boko Haram commanders, and that they were all still in Sambisa Forest as of the time of her rescue.

Our sources say Amina was breastfeeding a baby during her rescue, but it was not immediately clear if the Boko Haram commander caught with her was the father of the baby.

Confirming the development, the Nigerian military said in a text message by Col. SK Usman to SaharaReporters that “Falmata Mbalala” was rescued by Nigerian troops.

SaharaReporters has confirmed that Amina is from Mbalala community, near Chibok.

The rescued girls is currently in transit on her way to Maiduguri the Borno state capital where the state governor is expected to receive her from Nigerian troops.

See her picture and her Boko Haram ‘husband’