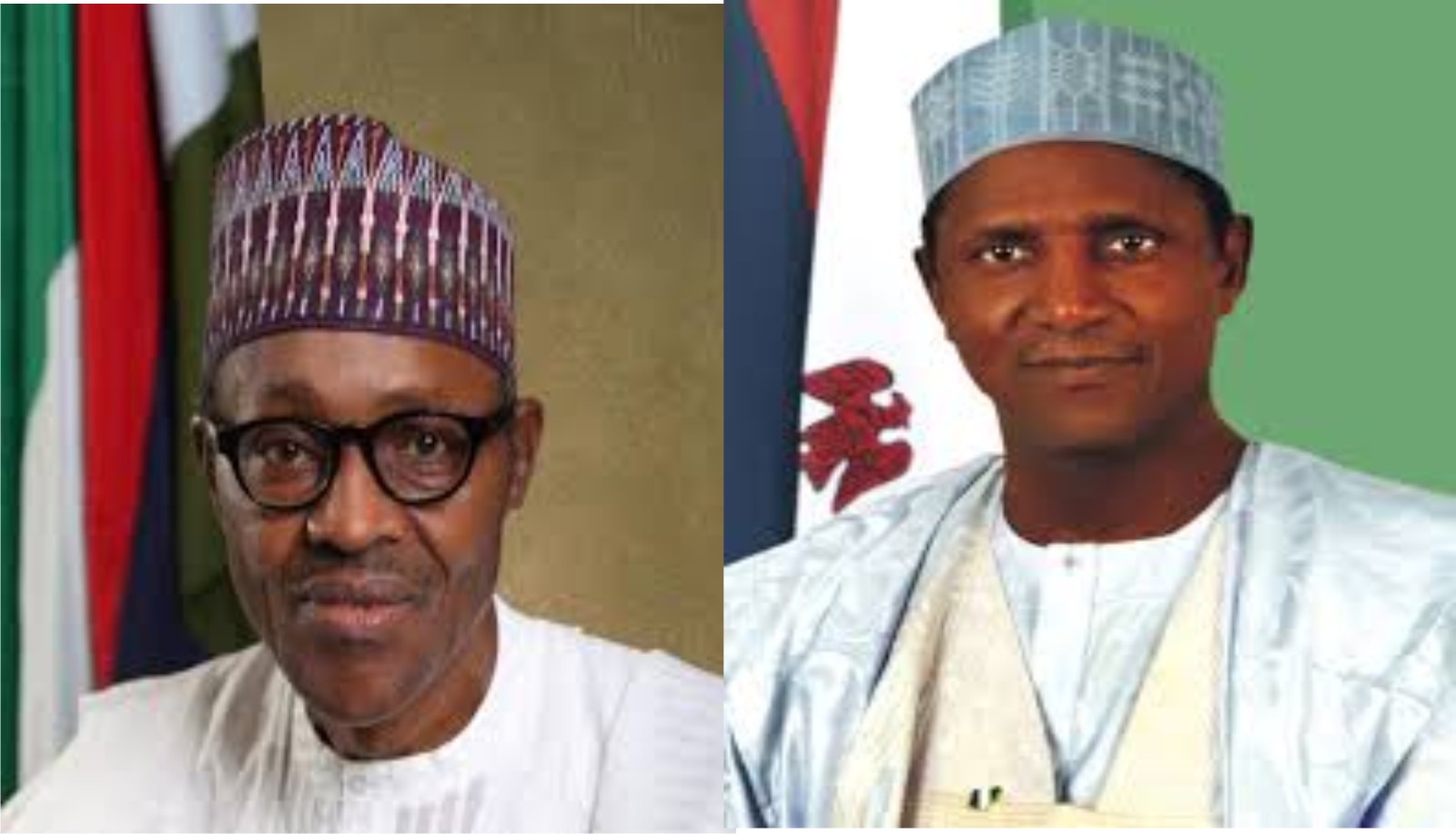 A coalition of 40 Civil Society groups under the auspices of “Change the Change Coalition” (CCC) has cautioned the ruling All Progressives Congress (APC) regime is trying to re-enact the late President Umaru Yar ’Adua era when a cabal ruled the country while Yar’Adua was on life support machine.

Speaking to journalists in Enugu on Thursday, the National Coordinator of the CCC, Mazi Ikechukwu Bismarck Oji, said they would mobilise Nigerians for protest if President Muhammadu Buhari is not seen in public presiding over next week’s Federal Executive Council (FEC) meeting in the Presidential Villa, Abuja.

Mazi Oji explained, “The mission of CCC is the mobilization of Nigerians and the international community to ensure that the Federal Government lives up to its campaign promise of bringing change in all ramifications to the long suffering Nigerian masses.”

His comment read in parts: “Nigerians voted in President Buhari because they felt President Jonathan was not doing enough to transform their lives with his Transformation Agenda. Today, President Buhari seems to have jettisoned the Change Agenda which endeared him to the masses.

“After saying he belongs to nobody, it is now obvious that he never meant what he said. From his actions, he belongs to a particular section of Nigeria and the rest can now go to hell, if they wish. “Never has Nigeria been as divided as it is today. For instance, for the first time since Nigerian independence, there is no Igbo in the National Security Council comprising service chiefs and heads of security/ paramilitary agencies. Before now, Ndigbo complained of marginalization, today, they are complaining of persecution.

“Sadly enough, virtually every section of the country is suffering seriously today. The Northern minorities are really having a rough time. From Southern Kaduna to Benue, the story is the same. The Federal Government seems unable to guarantee the security of these Nigerians who are left at the mercy of herdsmen.

“All over the country, the herdsmen are making it almost impossible for farmers to go to their farms; yet, nothing tangible has been done to arrest the situation.

“In the Niger Delta, the militants are threatening to resume bombing of oil facilities since they claim the Federal Government is not sincere in seeking a solution to the region’s problems.

“In fact, Buhari’s largest critics are from his party-the APC. Just two days ago, state chairmen of the party met and condemned the President’s lopsided appointments. Other members of the party hierarchy including Governors Rochas Okorocha, Chairman, Progressive Governors’ forum and Nasir el- Rufai, Senator Shehu Sani and the Emir of Kano, Sanusi Lamido Sanusi have all had cause to speak out against corruption, favouritism, marginalization and mediocrity which have become this administration’s rule of thumb.

“As the Emir of Kano, Sanusi Lamido Sanusi said, Forex racketeering under Buhari is more terrible than petroleum subsidy racketeering under Jonathan.  Anti-Corruption was Buhari’s biggest selling point which Nigerians gullibly bought. Today, he is effectively protecting corrupt officials of his government. In fact, Babachir Lawal was suspended as SGF, not because of corruption but because of power play within the Aso Rock’s cabal.

“President Buhari must put his house in order. There is so much infighting and destructive power play going on. Nigerians said Jonathan was not in charge. What do they have to say of Buhari who has been totally eclipsed by the cabal?

“Buhari’s wife Aisha Buhari deserves special commendation from Nigerians for raising an alarm early enough about the cabal that has hijacked her husband- President Muhammadu Buhari. Now, with his health status worsening… the cabal has now assumed total control.

“Being part of the cabal, he knew the games they were playing with the President’s name but never knew he would be a victim.

“What we have before us is another Yar’adua scenario. The President has been absent from at least two FEC meetings consecutively. Firstly, the Minister of Information, Lai Mohammed told us the President was attending to more important matters and delegated his Vice to chair the meeting. What can be more important than chairing the weekly FEC meeting more so, when his attendance would have allayed fears about his health status.

“Secondly, Lai Mohammed told us the President would now be working from home. That is an insult on the intelligence of Nigerians and another episode in the theatre of the bizarre which this administration has turned governance into.

“The President is Nigeria’s Number one worker and should show examples. He should work and be seen to be working hard.

“In fact, if by next week, he is absent from the FEC meeting, the CCC shall mobilize patriotic and concerned Nigerians to Aso Rock to demand that Buhari transmits power to his Vice, Yemi Osinbajo, so as to take proper care of his health. Or how are we sure that the cabal has not smuggled him back to London, to continue his treatment as he stated on his return from his 50-day medical vacation…?