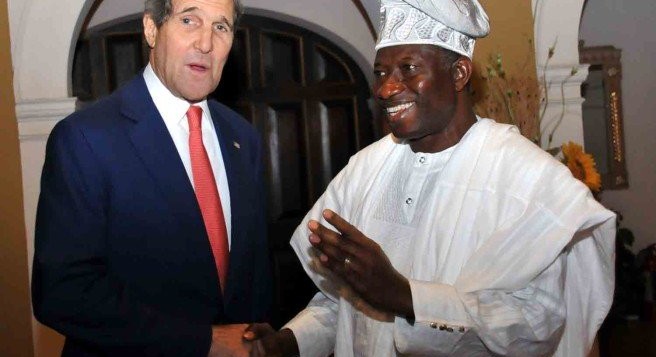 For daring to condemn President Goodluck Jonathan over last week’s polls shift, the federal government today warned the international community and members of the diplomatic corps in the country to mind their own business and stop ‘unguarded utterances.’

Minister of Foreign Affairs, Aminu Wali, who addressed the envoys at a meeting in Abuja yesterday to protest global condemnation of the general elections, declared that the federal government would no longer tolerate the excesses of such heads of mission,adding that no country, no matter how well-intentioned, can love Nigeria more than Nigerians themselves.

According to him “It is in the forgoing context that the federal government finds the comments already made by some of our friends and partners on this matter judgemental, precipitate and unwarranted. What we need at this time is not to be hectored or lectured as to the conduct of Nigeria’s internal affairs, not least, the deepening of democracy in our country.

“Let me also seize this opportunity to express the strong displeasure of the federal government with the conduct of some heads of missions who have continued to behave in an imperial manner and in clear breach of the channel of the diplomatic communication.

“A situation where a head of mission takes on the role of a government, seeking to impose the views and perspectives of his government and making unguarded utterances on matters that are strictly within the domestic jurisdiction of the host country, is totally unacceptable.

“It is only in this country that I have noticed some envoys who have taken it upon themselves and without recourse to the government, to embark on social causes and political advocacy that are totally unrelated to conventional diplomacy and representational duties of ambassadors. Certainly, Nigerian envoys abroad do not behave in this manner.”

Wali further said it was unacceptable for envoys to abuse their privileges and immunities by behaving in a manner that would have been met with the opprobrium in their countries were Nigerian ambassadors to behave in like manner. He cautioned the envoys and urged them to operate within the norms and etiquette of diplomatic intercourse.

Wali also said that while security had been a major concern, it was obvious that INEC may not have been fully prepared to conduct the elections as earlier scheduled. “It is a fact that over 34 percent of registered voters are yet to collect their Permanent Voters Card (PVC). There are other logistical and operational challenges such as adequate provisions for electoral materials, including prompt delivery and the training of ad-hoc staff all of which are critical to the success of the elections.”