All Nigeria’s terrorists are now formally under Jonathan’s employ. When the president of Nigeria brags about creating employment, it should be taken in context.

MASSOB armed and violent terrorists of the southeast have been hired by the president and his ruling PDP party to foment chaos and destruction of life and property to protect a Jonathan friendly administration.

OPC armed terrorists are doing same, paid by Jonathan, in the Southwest. We have images of them vandalizing public property and opposition billboards with the Nigerian police and army, now a terror appendage of Jonathan’s in full supervision. 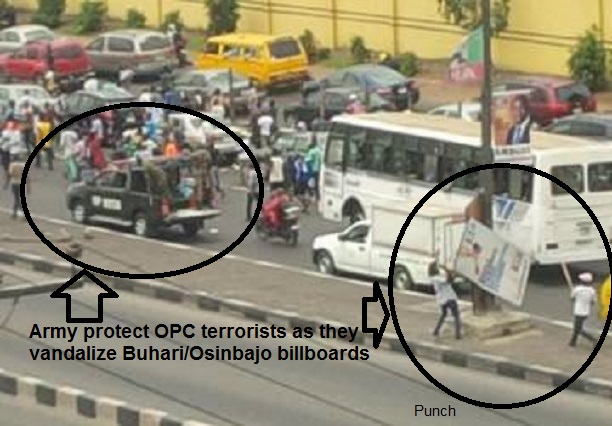 The Vice president’s Boko Haram terrorists who are doing the same in the north were seen days ago holding him, Namadi Sambo hostage for nonpayment of their salaries for terrorism work done.

And we do not need talk about MEND and the Dokubo, Dickson, Boyloaf, Tompolo, Kuku dem assemblies where they rise up and threaten Nigeria openly, while warning voters to vote for the opposition ‘at their own peril.’

Among other things, the plan includes using armed terrorists and the state security to intimidate good and progress ready people away from polling booths next week. 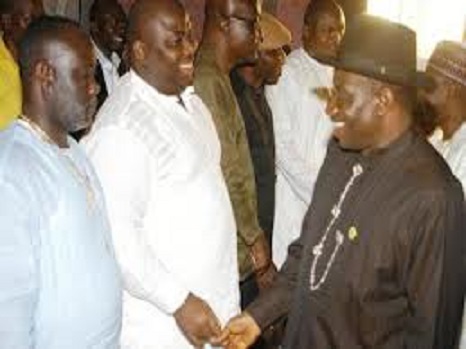 Nigeria will never fully recover from this reign or terror. Good people have sat down quietly too long and now bad people and terrorists have been employed and empowered beyond imagination.

Do you still have doubts having seen how Jonathan sponsors all these terrorists to further his political ambition, that he did same and is the chief sponsor of Boko Haram? Little wonder he protected them as his ‘siblings’, and his best buddy, PDP chair Bamanga Tukur said they were fighting for justice.

Nigeria is in soup. Rest in peace General Andrew Azazi. Reat in peace too UN, AU, ICC and co. You watched us die under a regime of Terror while pretending not to notice.