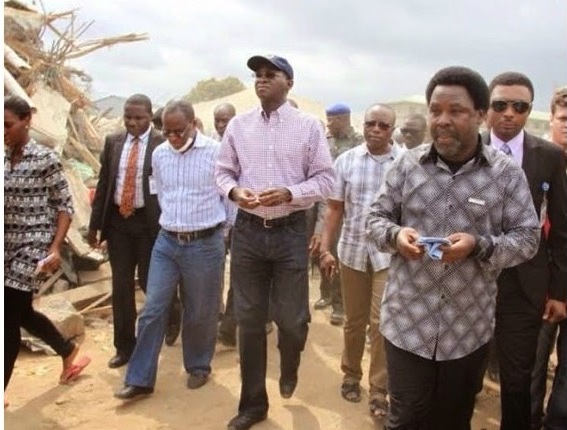 The coroner conducting an inquest into the cause of the collapse of a building at the Synagogue Church of All Nations has said that the church’s “criminal negligence” led to the incident.

The guest house collapsed in September 2014, killing 116 people, many of them South Africans who traveled to Nigeria for the church’s service in Lagos.

The inquiry sat for months and set July 8 for its ruling.

While delivering his verdict, Wednesday, the judge, Oyetade Komolafe, said‎ the church, owned by popular televangelist, T.B Joshua, should be investigated and prosecuted for failing to obtain the relevant approval before embarking on the construction of the building.

In his decision Wednesday, the judge ordered the prosecution of the contractors who constructed the collapsed building, NAN reported.