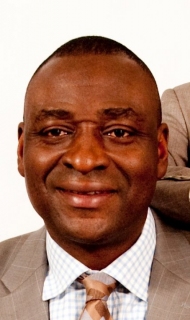 There were indications yesterday that the account of the company, Destra Investment Limited, may be frozen when the ongoing probe gets to a “convenient bend”.

The anti-graft commission has placed the activities of the company and its bank transactions under surveillance.

The Department of State Service (DSS) has also invited Metuh for interaction on some issues.

The DSS’ invitation has, however, attracted protests from some PDP leaders.

According to sources, EFCC investigators discovered that Destra Investment Limited was used to fund the PDP’s activities, including its 2015 campaign.

Some of the strange deposits in the account are: N400million from the Office of National Security Adviser (ONSA) on November 24th, 2014; N253million ( December 2nd and 4th, 2014) from Ibrahim Kabiru whose identity was yet to be confirmed; N91million on 2nd December 2014 from Capital Field Investment; and N92million on 3rd December 2014 from Etonye Oyintoneife.

A source in the commission said: “We will invite Metuh any moment from now for clarifications on some of these transactions in this firm, which he allegedly owns.

“From our records, part of the $2.1billion arms cash has been traced to Destra Investment Limited. About N400million was transferred from ONSA to the company on November 24, 2014 which had a balance of N6, 676,576.06 only before major in flow from the ONSA.

“By December 2015, the owner of Destra had a turnover of over N1.4billion. There is no document  to show that the company executed any job for ONSA. All companies engaged by ONSA appeared before the initial Special Investigative Panel raised by the Presidency.

“Other documents indicated that Metuh was allegedly on a monthly unexplained stipend of N4million cash from ONSA.

“Out of the funds in Destra account, N25million was paid to Abba Dabo, a former Senior Special Assistant Political to former Vice President Namadi Sambo on the 16th of December 2014.

“Also, about N21,776,000 was remitted on 4th December 2014 to an account allegedly belonging to a former Minister of Works, Chief Tony Anenih; N31.5million to his media aide and N50 million to Metuh/Kanayo on the same transaction date.

“We have also established a link between Capital Field Investment and SEI Societe d’equipments Internanaux-Niamey-Niger BP 11737 which was  hired by ONSA to purchase  €3,654,121million security vehicles for the Republic of Niger in October 2013 and April 2014.”

Metuh has accused the EFCC of subjecting him to media trial, The EFCC source rejected the accusation, saying: “Metuh is not on media trial at all but he is being investigated and the public should know why he is under searchlight.

“You will recall that the EFCC did not talk about the ongoing probe until Metuh openly admitted that he got some funds from ex-President Goodluck Jonathan but he refused to disclose the amount and the purpose.

“When he was aware that this commission was closing in on him, he also said some forces were after him. We refused to join the political fray because we are a professional agency.

“But we owe Nigerians a duty to reveal the facts at our disposal to let them appreciate the extent of what we are doing. EFCC is not out to witch-hunt anybody or group; we will, however, recover all traceable funds meant for arms.”

The source claimed that “the account of Destra and accruing transactions have been placed on surveillance.

“If there is need to freeze the account, we will do so later but we are yet to get to this investigative level, “ the top source added.

Reacting last night, Metuh told our correspondent: “Since they are doing a one-sided prosecution without invitation to me, they should continue and get their conviction by the media. Anytime I get invitation, I will honour it.

“I don’t know whether they are investigating the company I have interest in or my office as the National Publicity Secretary of PDP. Whichever one, my hands are very clean in this matter. I am ready to honour their invitation.

“I have not done anything unlawful. Whatever I have done in pursuance of my office, I can defend it anywhere, any time.”

There was disquiet in PDP following Metuh’s invitation by the DSS.

It was learnt that the invitation had to do with payment of about N9m-N10million to the Anambra State chapter of PDP about five years ago.

A party source said: “I think the APC government is just out to silence Metuh at all cost. What  has he done to deserve the recurring pressure and intimidation?

“When the PDP was in power, the APC was allowed to criticise the administration of ex-President Goodluck Jonathan. There is no way Metuh can be isolated from PDP, which he represents. We are unhappy as a party that they are trying to muzzle the opposition.

“It is not in the interest of our democracy  to go after opposition leaders and coerce them into silence. What has Metuh got to do with a five-year issue in Anambra State?”