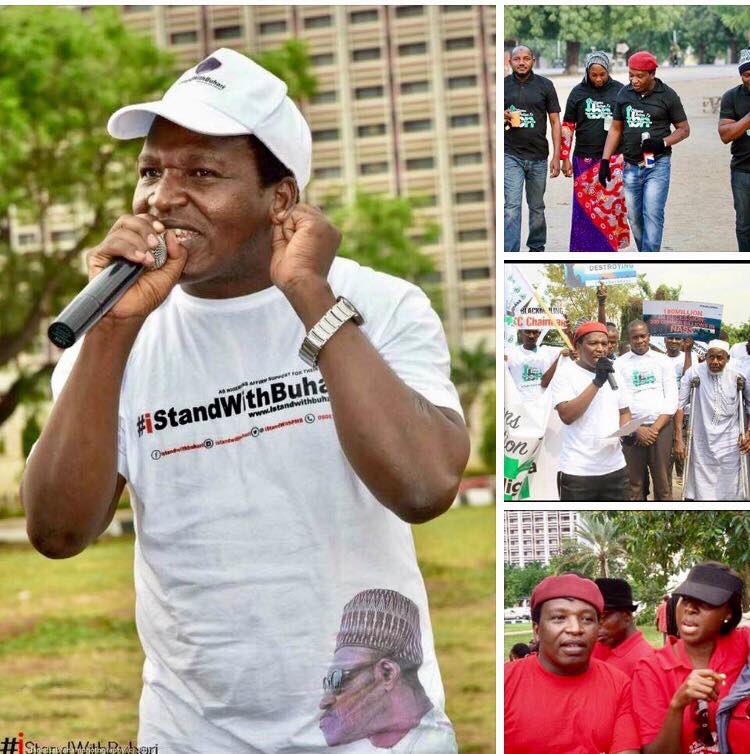 We are distressed by the Nigerian government’s continued obstruction of the citizens’ war against corruption and the government’s clampdown on the press and freedom.

IG Wala has been detained for the second time in recent months for campaigning against corruption. His detention adds to a list of government actions against protesting youth, journalists and even currently Cameroonian freedom fighters.

Nigeria must not turn into a north Korea where the right to criticize the government and right to protest free from persecution is denied.

Where the Buhari government has failed in 3 years to lock up a single corrupt cabal and has rather granted them immunity and invited them into the warm embrace of the APC ruling party and federal government, the people are left no choice but to act.

The Buhari presidency must stop concealing the list of looters in spite of court orders compelling the names and terms be released to the public. Buhari must stop obstructing the war against corruption at all levels and harassing and detaining citizens who are taking it upon themselves to act against the criminal thieves he protects and invites into the country to reinstate and promote, like Babachir and Maina.

The Buhari government is promoting anarchy by obstructing the war on corruption and detaining those taking actions where the government fails.

*Police Permits Are Not Required Before Protests*

The Buhari government must be reminded of the fundamental right to free speech and protest enshrined by the United Nations and sections 39 and 40 of Nigeria’s Constitution and Article 11 of the African Charter on Human and Peoples’ Rights Act (Cap A9) Laws of the Federation of Nigeria, 2004.

As judge, Chinyere J. ruled in 2004, obtaining a  police permit is not a prerequisite for enjoying our freedom and right to protest. No one can deny Nigerians this right. Arresting, shooting and killing and secretly burying protesting Nigerians will not intimidate us to renege our right to protest.

We call on the international bodies including the African Union and United Nations to compel the Buhari government to prosecute those responsible in the Zaria massacre of 2015, the Onitsha massacre of 2016, the illegal detention and right infringement of Zeenat and Sheikh Zakzaky; the Umuahia massacre of 2017 and to bring to justice those who massacred protesting youth in Kwara in 2017 in the #Justice4Kwara5 case. We also ask international bodies to demand respect for journalists who have been assaulted by state security men recently in Umuahia and in Kaduna during president Muhammadu Buhari’s visit.

We also demand investigation into allegations of corruption and abuse of office including sex scandals by Nigeria’s police Inspector General Idris Ibrahim. The case leveled by sitting senator Isah Misau must not be swept under the carpet. Nigerians deserve a security service that will protect their lives and property, and the current operations of the police ranked the worst in the world, are a matter of immediate concern, especially as Nigerians are continuously massacred by rampaging herder terrorists with no security protection and repudiation. We demand resignation and investigation of the police chief over infractions leveled against him.

We demand demilitarization of Nigeria and upgrade of the police under a new command to prevent terror and arrest terrorists.