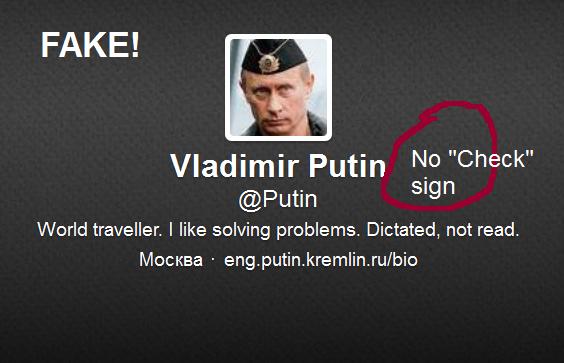 The dangerous Nnamdi Kanu is at it again.

He and his handful of followers have apparently created tweets through a fake Putin satire twitter account, through which they made it seem like Vladmir Putin “declared support” for Biafra secession and mentioned the Nnamdi Kanu Biafra radio station.

The production was glaringly fake and the account also is not the real President Putin account, however this fraudulent attempt by the Nnamdi desperado’s fooled Nigerians like Femi Fani-Kayode who shared the message.

Nnamdi Kanu keeps getting more dangerous and more of a nuisance and several world media reporters have sworn at him for spamming their accounts, insults which he describes as “showing success that their message is being heard.” 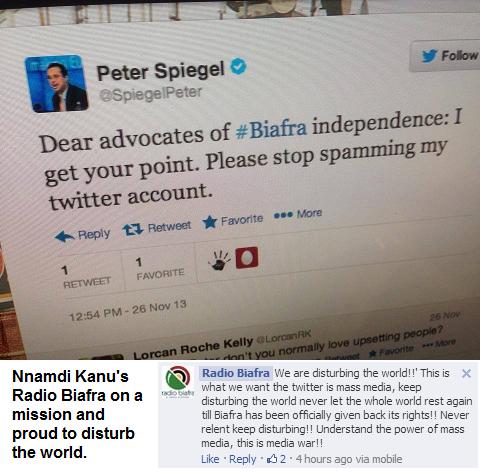 Nnamdi Kanu believes the President of Nigeria, Goodluck Jonathan is Igbo. It is left to be explained by him why the “Igbo” President loots the nation dry and refuses to conduct a referendum of the people in the five Igbo states to see if they truly want secession so he as the commander in chief, grants them their wishes.

Nnamdi, a very violent young boy hiding in London has issued several death and terror threats against all Nigerians and Igbo leaders. We recently wrote a story on him: NewsRescue–Radio Biafra Director Nnamdi Kanu Threatens To Kill Eze Who Became Muslim