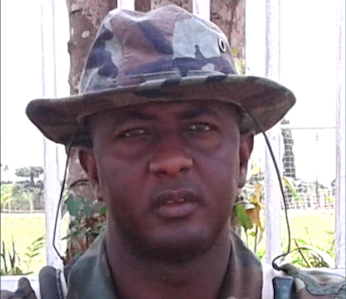 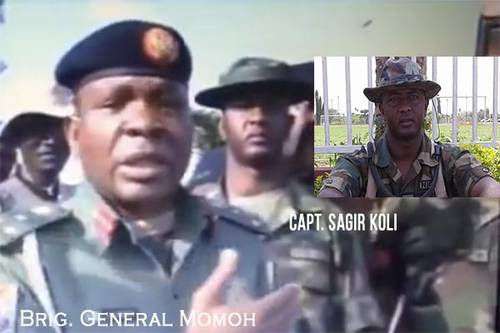 A copy of a petition provided to Sahara Reporters details the abduction and detainment of a young boy, Adamu Ishak Lawal Koli, at the military hospital of Adekunle Fanjuyi’s Cantonment as retaliation against his brother, Captain Sagir Koli.

Sahara Reporters exclusively revealed that Capt. Koli leaked audio recordings of senior Peoples Democratic Party leaders planning to rig the Ekiti State gubernatorial elections last year. The young Adamu was chained to his bed and starved as a tactic to lure his brother Capt. Koli out from hiding.

The petition, submitted to the National Human Rights Commission of Nigeria, was authored by Barrister Chief K. Akinola Ajayi, and detailed the abduction of young Adamu Ishak Lawal Koli, who was only 15 years old and chained to his bed for nearly five months.

The family was “reliably informed that their son, (the young Adamu) was seen at the Military Hospital” where he was reportedly “chained to his bed.”

Barrister Ajayi, who was sent on a fact-finding mission to the cantonment and hospital, said he was “denied access to the Young boy, as the military officers feigned ignorance of the presence of the Youngman (Adamu).”

The petition submitted to the Human Rights Commission stated that Adamu Lawal Koli is not a military officer and could not have violated any military law to warrant his detention, particularly being chained to his bed.

The petition concludes “if they found him [Adamu] in breach of any military instructions and or regulations because it would be unfair to transfer their anger against their fellow military officers to an innocent civilian.” Adamu was under the supervision of his uncle, Captain Sagir Isah Koli who was stationed at that cantonment, according to the family.

Sahara Reporters calls to General Chris Olukolade, the Director of Defence Information, were not returned after he said he would investigate the issue. Brigadier General Momoh, the supervising officer of Capt. Koli, and who was bribed by PDP leaders would not answer his phone after repeated attempts.